Kodak and Bullitt Group has unveiled the new smartphone we first heard about in December. The Kodak IM5 is built by Bullit, but sold under the Kodak brand name and as you might expect, there’s an emphasis on photography.

What you might not expect is the emphasis on software designed for older users who may be somewhat tech-savvy, but also wouldn’t say no to larger icons and graphics and easy access to support (from friends or family members).

But that’s what the Kodak IM5 has to offer. It’ll launch initially in Europe in early 2015, where’s it’s expected to sell for around $249. 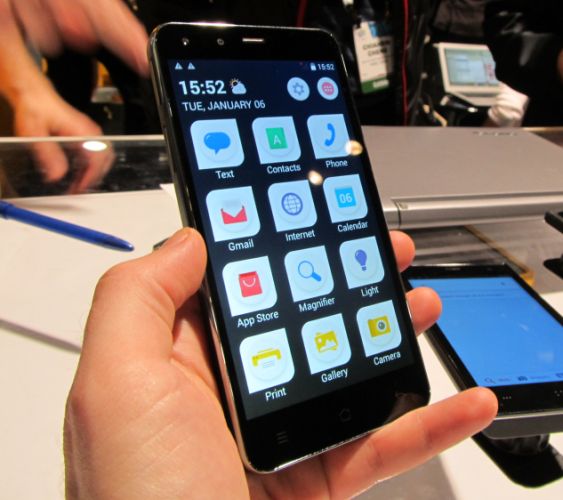 It has a 13MP rear camera with flash and auto-focus and a 5MP front-facing camera.

What really makes the phone unusual though, is the software. It’ll ship with Android 4.4 KitKat, but an Android 5.0 update is planned. There’s a custom user interface with enormous app icons on the home screen, and Kodak and Bullitt have developed some camera-centric features designed to make it easier to quickly snap and share photos.

For instance, after taking a picture, a menu pops up asking if you want to save or delete that shot and you can edit or share photos if you choose to save them. The last photo you’ve taken is also automatically shown on your lock screen, and there’s a gallery button on the lock screen that lets you jump right into your camera roll without first unlocking the device.

There’s also a remote support feature that lets you email a link to someone who you may want to have help you with your phone. They’ll be taken to a web interface that lets them help you manage specific features. 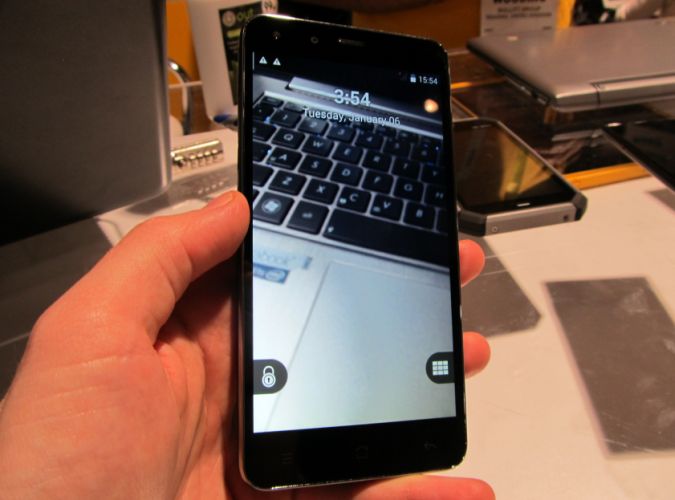 Under the hood, the phone is running pretty standard Android software, so you have full access to the Google Play Store for installing third-party apps. While I’m not convinced that you need to make Android any simpler to make it more friendly to older users, there are probably worse Android skins than the one Kodak has slapped on the IM5.

It’s not clear if or when this phone will be available in the US. The European version will ship without 4G LTE support at launch, but a future model with LTE may be on the way.