The Kodak Ektra is a smartphone that looks more like a camera than a phone from the back, thanks to the large lens, the camera-style grip, and the classic camera-like fake leather finish.

Under the hood, the phone has the guts of an upper mid-range Android smartphone… including what seems to be a decent, but hardly unique camera.

First unveiled in October, the Kodak Ektra is now up for order in Germany for €499 (about $527). There are currently no plans to sell the phone in the United States. 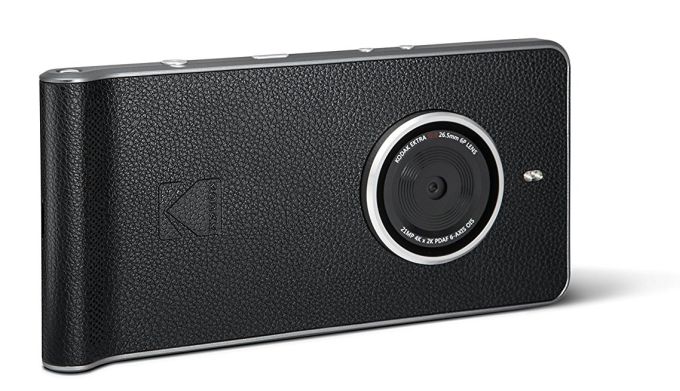 While the phone bears the Kodak name, it’s actually manufactured by Bullitt Group, a company that produces devices under the Kodak, CAT, Land Rover, and other brands, although the company says its produces “are built using the unadulterated DNA of the brands” Bullitt works with, which explains why the Kodak Ektra at least looks like a classic Kodak camera.

There’s a 13MP front-facing camera, and a 21MP rear camera with a Sony IMX230 image sensor.

The Kodak Ektra supports optical image stabilization, phase detection auto-focus, and has a dual LED flash. There’s also an “advanced manual mode” for the camera software, allowing you to adjust exposure, ISO, and focal length, white balance, and shutter settings, among other things.