Kobo may have launched the Aura HD eReader as a limited edition device. But the $170 eReader is apparently one of the company’s more popular devices. Kobo says it accounts for “up to 27 percent of Kobo devices sold at retail.”

The Aura HD has a 6.8 inch, 1440 x 1080 pixel front-lit E Ink display, giving it a higher resolution than any other eReader with an E Ink display available at the moment. While it costs a bit more than the competition, apparently some folks are willing to pay more for an eReader with a 265ppi display. 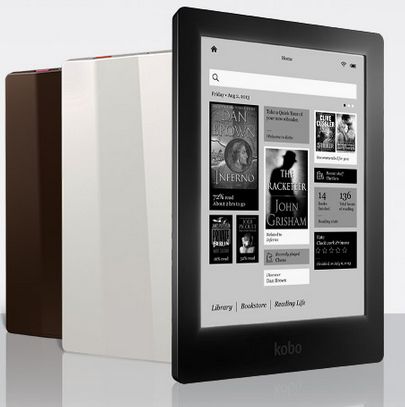 Kobo’s other devices include the 5 inch Kobo Mini, the 6 inch Kobo Touch and Kobo Glo, and the 7 inch Kobo Arc Android tablet, with prices ranging from $80 to $200.

I suspect the fact that the company’s touting the success of its Aura HD could be a sign that Kobo will eventually remove the “limited edition” label from the device.

On the other hand, it’s unlikely that Kobo has exclusive rights to that 6.8 inch display. If any other device makers want to buy it from E Ink, we could see more eReaders with the same screen resolution in the future, and that could eat into Kobo’s sales.

The company still doesn’t move as many eReaders as market leader Amazon. But in the same press release where the company announced that the Aura HD made up around 27 percent of sales in the first quarter of the year, Kobo said “the company grew its user based by 2.5 million Readers” in the quarter, for a total of 14.5 million registered users.

It’s not clear that those are all people who’ve purchased Kobo hardware. The company also offers its digital bookstore apps for Android, iOS, and other platforms. So while we know that the Kobo Aura HD made up about a quarter of the company’s device sales in the most recent quarter, Kobo hasn’t released enough information for us to figure out exactly how many devices have been sold overall.

Likewise, Kobo says that it’s seen 98 percent growth in revenue, but the press release doesn’t say anything about profit.