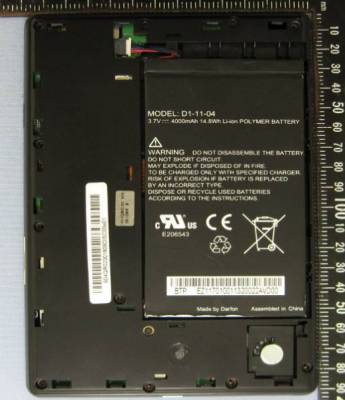 The Kobo Vox is the other $200 tablet from a digital bookseller to come out this fall. While Amazon and Barnes & Noble have been grabbing a lot of headlines with their upcoming Kindle Fire and NOOK Tablet, the Kobo Vox has already been on sale for a week.

The tablet showed up at the FCC website a few months ago, but The Digital Reader noticed that the confidentiality agreement hiding the photos from public view has expired. That means we can now see what the Kobo Vox looks like when it’s taken apart.

It turns out it looks like a tablet… and one with a reasonably large battery at that. The photos show a 4000mAh, 14.8 Whr battery, which Kobo says should be enough to provide up to 7 hours of continues use.

One nice surprise is that there appears to be an internal microSD card slot. That suggests you may be able to upgrade the storage simply by disassembling the tablet and popping out the 8GB card and replacing it with a larger card. 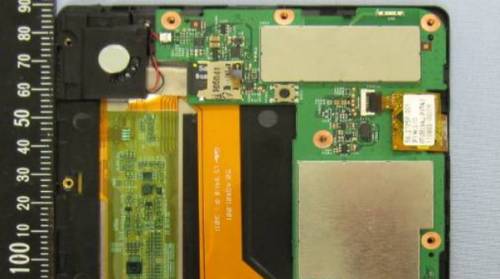 That move might void your warranty, and since the tablet’s operating system is likely stored on the SD card you’ll probably need to make an exact copy on your new card. But it’s a lot easier than replacing storage that’s soldered to the motherboard.

Kobo’s tablet has a 7 inch, 1024 x 600 pixel display and 512MB of RAM. It has an 800 MHz processor, which puts it in the same class as the original NOOK Color, but a little behind the new Amazon and B&N tablets which feature 1 GHz dual core chips.

The Kobo Vox runs Google Android 2.3 Gingerbread and comes with software for playing music, videos, and reading eBooks. It also features apps for Facebook, Twitter, and reading magazines and newspapers.