Digital bookseller Kobo’s latest eReader features a 6 inch, 768 x 1024 pixel E Ink display, and a built-in front-light. If that sounds familiar, it’s because I could have been describing the Amazon Kindle Paperwhite.

But the Kobo Aura also has 4GB of storage (twice as much as Amazon’s eReader), and a microSD card slot for up to 32GB of additional books or other content.

Kobo also says the Aura has the “most even front-light on the market,” and an edge-to-edge display. 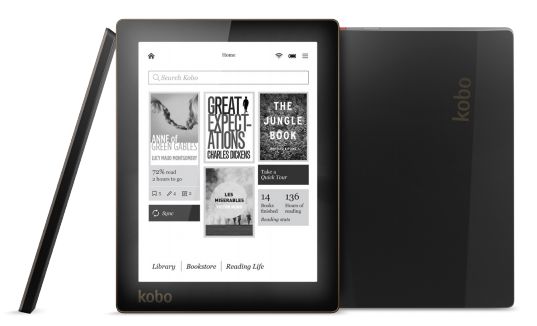 The $30 question is how much you’d be willing to pay for those extras: Kobo is asking $150 for the new Kobo Aura in the US and Canada. Amazon’s Kindle Paperwhite sells for $119 and up

It’s actually the second eReader to wear the Kobo Aura name. The first was the Kobo Aura HD, a 6.8 inch eReader with a 1440 x 1080 pixel display and a $170 price tag. The company positioned that model as a limited edition device when it hit the streets earlier in 2013. But it looks like Kobo may have learned that people are willing to pay a little extra for quality.

What’s less clear is if they’re willing to pay just as much money as they would spend on one of Kobo’s cheapest Android tablets.

The Kobo Aura is due out September 16th.