Digital bookseller Kobo currently offers a line of eReaders and a line of Android tablets. But moving forward, Kobo president Michael Tamblyn tells The Bookseller that the company plans to focus on eReaders and apps that can run on tablets from other companies.

Kobo doesn’t currently plan to continue developing its own tablets. 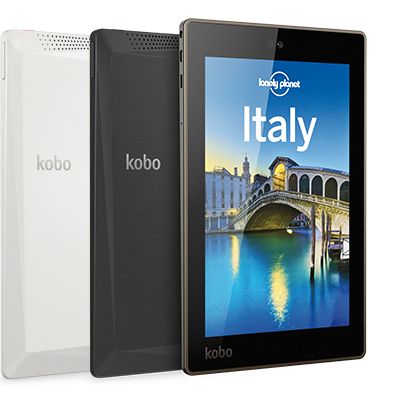 The move makes sense: like many companies in this space, Kobo basically offers devices to read eBooks on because that’s one of the best ways to get people to buy books from its digital bookstore. If there weren’t a wide selection of Android, iOS, and Windows tablets capable of running a Kobo app, I could see how it’d make sense for Kobo to continue producing its hardware. But the tablet market is flooded with choices these days, so it’s not surprising to see Kobo pull out of this space.

It’s a bit sad, because Kobo actually made some decent, affordable tablets — but there wasn’t really much reason to choose them over competing models from other device makers.

Barnes & Noble recently made a similar move and partnered with Samsung to put the NOOK name on a Samsung Galaxy Tab 4 tablet instead of building its own hardware to replace last year’s NOOK HD and NOOK HD+ tablets.

As for Kobo, the company will continue to focus on eReaders with E Ink displays like the Kobo Touch, Glo, Aura, Aura HD, and Aura H2O.

One reply on “Kobo stops making tablets, shifts focus to eReaders and apps”