Kobo is launching two new portable eBook readers. The $130 Kobo Glo has a light so that you can read eBooks on the E Ink display even when you’re in a dark room. The Kobo Mini‘s selling point is its small size and low price. It has a 5 inch display and an $80 price tag.

The new Kobo readers join the $200 Kobo Arc tablet which the company also introduced today. All three devices should be available for purchase soon.

The Kobo Glo has a 6 inch, 1024 x 768 pixel Pearl E Ink display with 16 shades of gray, 2GB of storage (only 1GB is actually available for content), and a microSD card slot for extra storage space.

Like most devices with E Ink displays, the Kobo Glo uses ambient light instead of a backlight. That means you can read outdoors or in a bright room.

But you can also turn on an adjustable light which shines a light at the screen, making it easier to read in the dark. The light level is adjustable, and it has its own on/off switch which is separate from the device’s power switch. 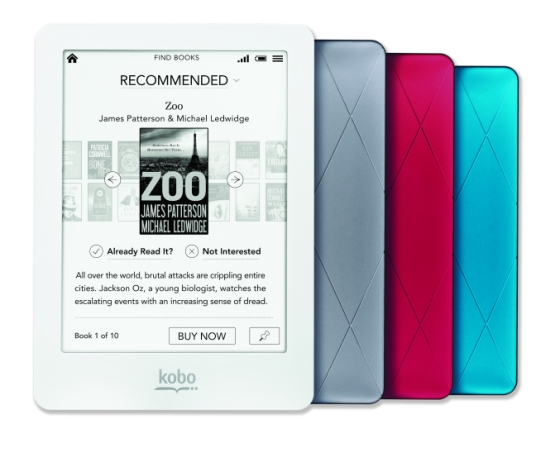 Aside from the power and light switches, there are no buttons — you navigate through the menus and eBooks using the Kobo Glo’s touchscreen.

If you don’t need the light and want to save a few bucks, the original Kobo Touch is still available for $100.

The device is also a little slower than the Kobo Glo, featuring an 800 MHz processor instead of a 1 GHz chip. I suspect you won’t notice much difference if you’re just using these little guys to read books. 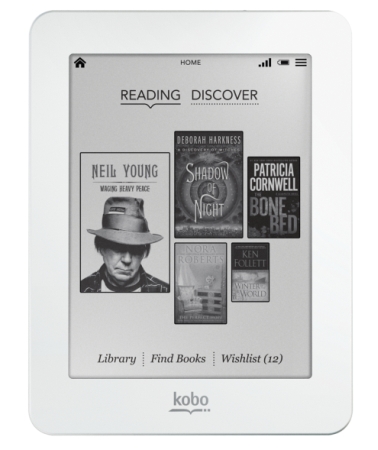 Kobo also skimped a bit on the battery — the tech specs for the Kobo Mini suggest it gets “over two weeks” of run time with WiFi turned off. That’s pretty good for a mobile device, but not so great for an eReader in 2012.

The device features 2GB of storage, including 1GB of user-accessible space. That’s enough for up to 1,000 eBooks. There’s no microSD card slot, so if you need more space than that, you’ll want to opt for a different eReader — or just delete some books from your device. You can always download them again from your Kobo account later.