Kobo currently sells a line of eBook readers with screen sizes ranging from 6 to 8 inches. Now it looks like the company is preparing to launch its largest model yet.

The Kobo Elipsa features a 10.3 inch E Ink touchscreen display and support for pen input, which makes it as much an E Ink tablet as an eReader.

While Kobo hasn’t officially announced the device yet, members of the MobileRead forum uncovered a promotional video that tells us what to expect.

Update 5/20/2021: The Kobo Elipsa is official. You can pre-order it from Kobo for $399 and a bundle including the Elipsa, stylus, and cover will ship June 24th, 2021. The original article continues below. 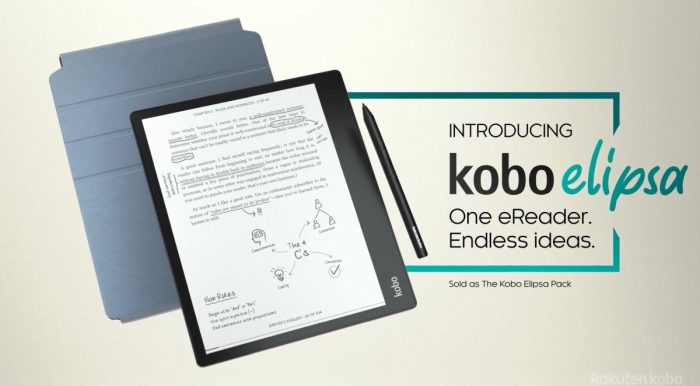 We don’t know the price or release date yet, but we do know the Elipsa will have:

The pen is pressure-sensitive, allowing you to make handwritten notes (or use a handwriting-to-text feature to save them as printed text), draw pictures, and mark up your eBooks or PDFs by underlining, circling, or adding notes. There’s also a new notebook app which allows you to export notebooks to Dropbox. 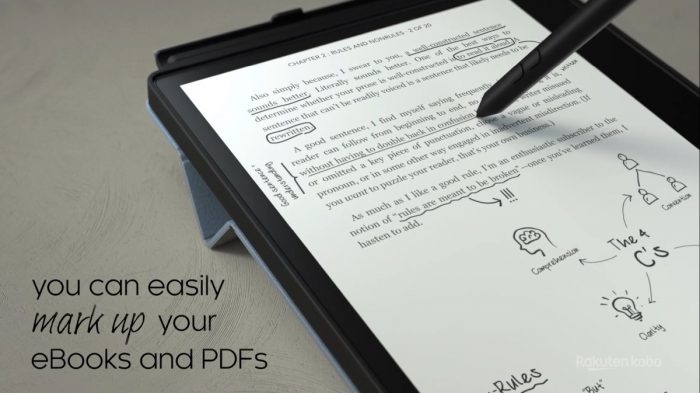 Kobo’s SleepCover is a screen cover that offers protection and which puts the device to sleep when the display is covered. It features an unusual design, in that it flips open from the top of the screen rather than the side, making the act of uncovering the Elipsa screen more like opening a legal pad than a book.

According to the promo video, the Stylus and SleepCover will be bundled with the Kobo Elipsa and sold as a “Kobo Elipsa Pack,” suggesting folks who just want a big-screen eReader without the bonus accessories may be able to save some money by purchasing the Elipsa as a standalone device. 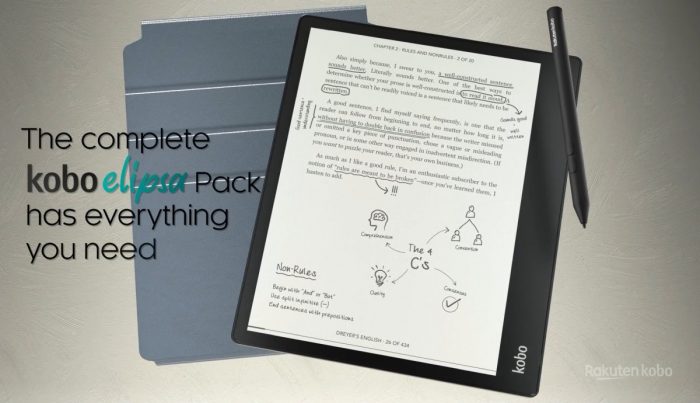 While the big screen and stylus support are the key things setting the Elipsa apart from other devices in the Kobo lineup, you can obviously also use the new model to read eBooks. It supports the Kobo Book store and should be capable or handling EPUB and PDF files that use Adobe DRM as well as DRM-free content.

One thing to keep in mind is that while the Kobo Elipsa has a “ComfortLight” display, it does not seem to have “ComfortLight Pro,” which means that you can adjust the brightness level, but not the color temperature. So if you were hoping to be able to reduce blue light and give the screen a more yellow/orange tint at night time, then the Kobo Elipsa might not be your best bet. 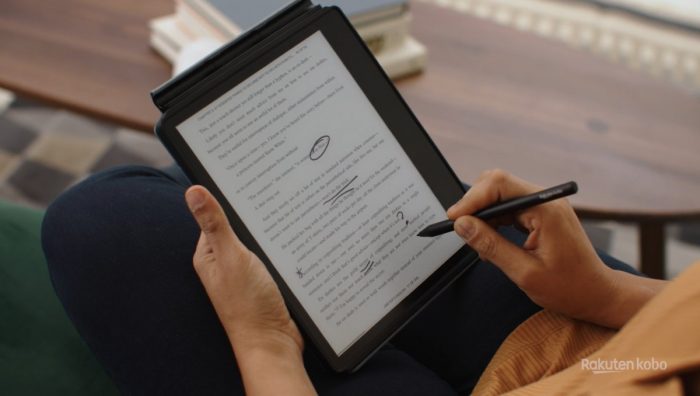 Kobo is hardly the first company to offer a large-screen E Ink tablet with pen support. Onyx sells several models under its BOOX line of eReaders. ReMarkable‘s “paper tablets” fill a similar niche. And Sony kicked things off years ago with the launch of its Digital Paper family of devices.

But Kobo is one of the best known players in the eBook space, so the company’s entry into this space will be a welcome addition… assuming the Kobo Elipsa is priced competitively. 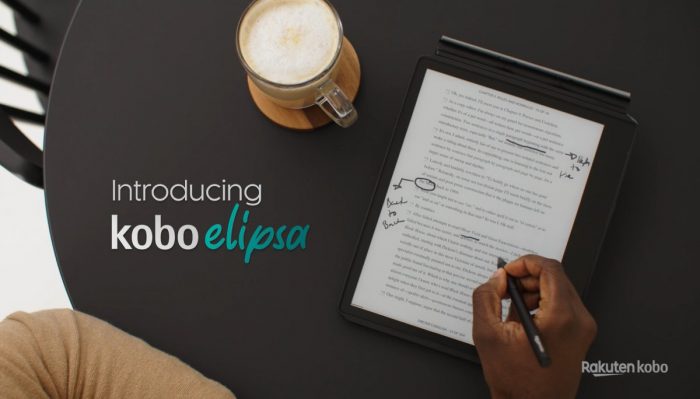 3 replies on “Kobo Elipsa is a 10.3 inch E Ink tablet with stylus support”