The Kobo Elipsa is an eReader that doubles as an E Ink writing tablet thanks to its 10.3 inch touchscreen display and support for a pressure-sensitive pen.

First spotted in a promo video that leaked earlier this week, the Kobo Elipsa is now official. It’s up for pre-order from Kobo for $400 and ships June 24th, 201.

The price includes the Kobo Elipsa, a Kobo Stylus, and a Kobo SleepCover. 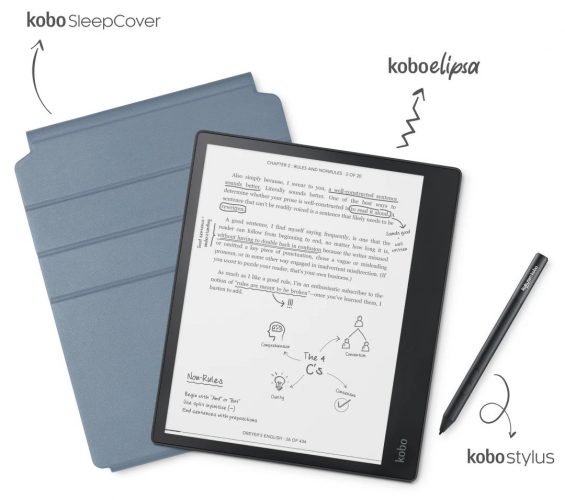 The Elipsa is Kobo’s largest E Ink device to date. Up until now the company has focused primarily on eReaders with 6 to 8 inch displays. But this big-screen device could be a better fit for reading digital magazines, textbooks, comics, or other content designed for larger formats.

Pen support also means that you can use the Kobo Elipsa to jot handwritten notes (which can be converted to text), make drawings, or annotate documents by underlining, highlighting, or scribbling in the margins. 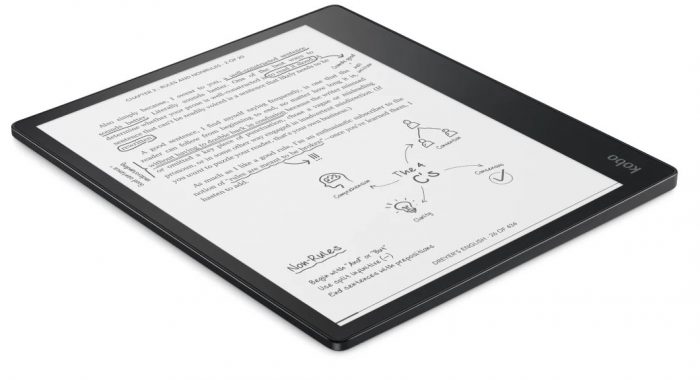 There a new Kobo Notebook app that can be used to create and organize notes and drawings, and you can export documents to Dropbox. But with access to the Kobo digital bookstore and support for borrowing library books from OverDrive, the Elipsa is also very much a device that you can use as a large-screen eReader as well as a device for taking notes.

One interesting limitation to the note-taking features? You cannot annotate PDF files that have DRM, and if you mark up a library book with notes, you’ll lose them when you return the book (so you may want to just flip back and forth between the eReader and Notebook apps).

The Kobo Elipsa SleepCover attaches to the device magnetically and covers the screen when you’re not using it, automatically putting the Elipsa to sleep in the process. Flip the screen cover open and you’ll find a pen holder at the top. And the cover can be folded in a way that lets you use it as a stand, propping the eReader up at an angle for reading or writing when placed on a table or desk. 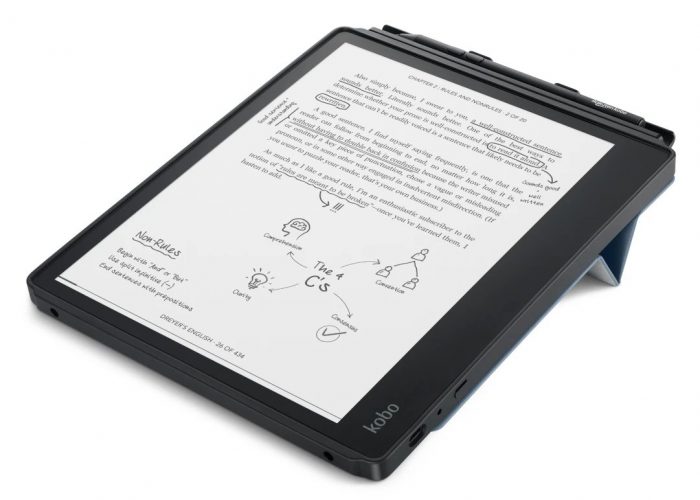 Here’s a run-down of the Kobo Elipsa’s key specs:

Kobo isn’t the first company to release a large-screen E Ink device with pen support. But the Elipsa is priced competitively with similar devices including the ReMarkable 2 and Onyx BOOX line of devices.