There’s a new Kobo eReader on the way. It’s called the Kobo Clara HD and it has an E Ink display and an FCC listing for the device showed up over the weekend, as spotted by The Digital Reader. 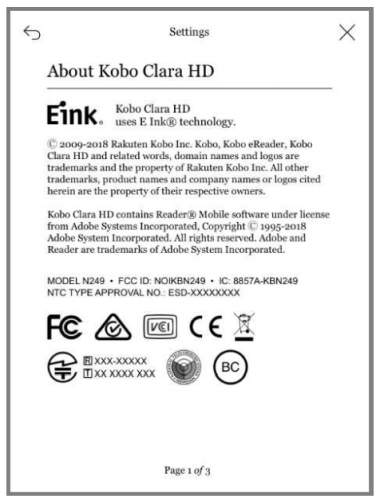 The device is manufactured by Netronix, which makes a number of popular eReaders. And the HD in the name suggests it’ll have a reasonably high-resolution display.

Kobo’s hardware lineup currently consists of 4 eReaders with prices ranging from $120 to $280. They’re all available online from the Kobo website.

But when the new Kobo Clara HD launches, there’s a chance you might be able to walk into a store and buy it.

Kobo, which is owned by Japanese company Rakutan, recently announced a new partnership with Walmart that could help the company gain inroads in the United States, where Amazon’s Kindle line of devices dominate the eReader space.

Once upon a time Kobo had a similar deal with Borders Bookstores, but since Borders went out of business it’s been hard to walk into a store in the US and look at a Kobo device the way you can walk into a Barnes & Noble and see a Nook or walk into any number of stores and play with a Kindle.

Update: It looks like the Kobo Clara HD will ship in June for around $129.

One reply on “Kobo Clara HD eReader hits the FCC”