After hitting the FCC in April, it looks like the Kobo Clara HD eBook reader is set to hit the streets in the coming weeks.

Kobo still hasn’t made any official announcements yet, but Notebook Italia spotted one of several listings for the new device at online retail sites, giving us a pretty good idea of what it will look like and how much it will cost.

The Kobo Clara HD should be available in late May or early June for around 129 Euros (which probably means it’ll sell for roughly $129 in the US). 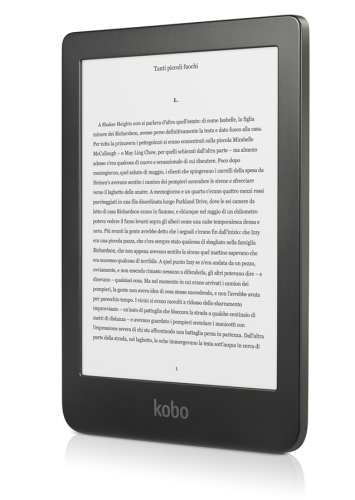 The device features a 6 inch E Ink display with Kobo’s “Comfortlight Pro” technology, which means that not only is the screen illuminated for comfortable reading in the dark, but it can also change color to reduce the amount of blue light when you’re reading at night. Some folks find these sorts of blue light filters to make it easier to fall asleep after looking at smartphone, tablet, or PC screens at night… but it’s unclear if that’s a necessary feature for an eReader which has a light that shines on the screen from the sides rather than one where the light shines toward your eyes.

The Digital Reader also reports it’ll have an E Ink Carta display with 300 pixels per inch, and that the device weighs 5.9 ounces, measures 0.3 inches thick, and lacks an SD card slot or Bluetooth.