Kobo has updated its Arc line of Android tablets… which is interesting, because they haven’t actually hit the streets yet. The Kobo Arc is a 7 inch tablet with a 1280 x 800 pixel display and Android 4.0 software. 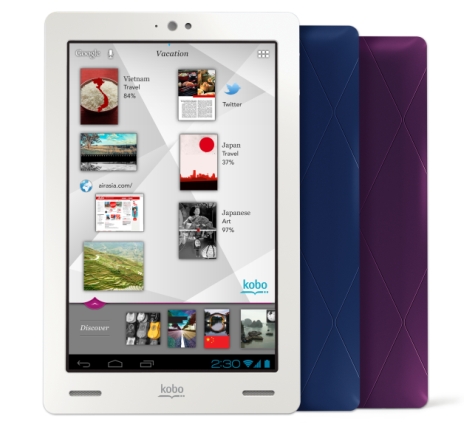 While the tablet will ship with Android 4.0, Kobo says it’s already working on an Android 4.1 software update.

And while tablets from Amazon and Barnes & Noble ship with those companies’ own app stores, the Kobo Arc will come with the Google Play Store (as well as the Kobo eBook store, of course).

Here’s the pricing breakdown for the new tablet:

All three models will ship in November, with pre-orders starting before that.

On paper, this all sounds pretty good. The Kobo Arc may not have the high resolution 1920 x 1200 pixel display of a Kindle Fire HD 8.9 or Asus Transformer Pad Infinity, but that might be overkill on a 7 inch tablet.

Kobo’s last tablet, the 7 inch Vox, didn’t get particularly strong reviews from critics, but gdgt users have been a little more forgiving. The Arc looks like a big step up, with a better display, faster processor, and significantly more storage.