Is that 4GB USB flash drive you’ve been carrying around for the last few years starting to fill up? Kingston’s got a solution: A new 1TB USB 3.0 flash drive which is due out in the first quarter of the year.

That much portable storage costs a pretty penny though… actually quite a few pennies. Right now the company is charging $1750 for a 512GB version. Pricing hasn’t been finalized for the 1TB version yet. 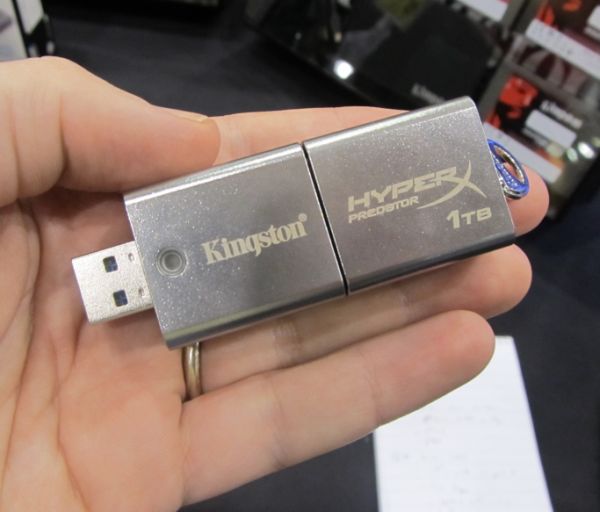 You don’t just get a massive amount of storage with the Kingston HyperX Predator though. The USB 3.0 flash drive has read speeds up to 240MB per second and write speeds as high as 160MB per second.

In other words, it’s probably faster than your hard drive, and offers speeds that are significantly faster than many cheap SSDs. You’ll want to make sure you have a USB 3.0 port to get top speeds though — speeds top out at 30MB/second with a USB 2.0 port.

It sounds like a great system for installing a secondary operating system on… or for adding storage capacity to your DVR.

It’s probably a bit on the pricey side for that kind of tinkering though. What would you use a 1TB USB flash drive worth thousands of dollars for? Or would you just wait a few years for the price to fall?