A growing number of companies are using the powerful Rockchip RK3188 ARM Cortex-A9 quad-core processor in small boxes designed to run Android apps on your TV. But many of those small boxes are so small that there’s only room for a few USB ports, a microSD card slot,  HDMI output, and not much else. The Tronsmart MK908 is a pretty good example.

But the Kingnovel K-R42-1 is a slightly larger box that also packs a full-sized Ethernet jack, among other things. It sells for around $96 at AliExpress, where it’s called the MK888. 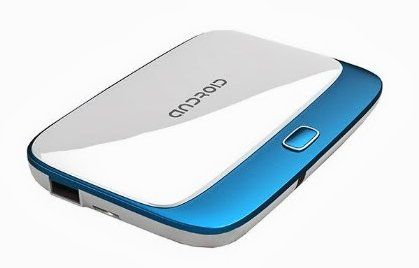 That 10/100 Ethernet jack can come in handy, since a reliable internet connection is useful if you plan to use this type of device to stream video from a shared network drive or play internet music or video. Like most devices of its type, the K-R42-1 also features built-in WiFi, but you can typically get a much more reliable connection over Ethernet.

Other specs for this box include ARM Mali-400 MP4 graphics, 2GB of RAM, and 8GB of storage. It supports 802.11b/g/n WiFi, Bluetooth 2.0, has a microSD card slot, 2 USB ports, and an IR port for use with the wireless remote control that comes with the TV box.

It has a 3.5mm headphone jack (which is surprisingly tough to find on this sort of device), an HDMI port, and an external antenna which should help boost WiFi performance.