You can root the Amazon Kindle Fire HD or install custom ROMs such as CyanogenMod on the tablet. But if you want the best of both worlds, there’s a new app called KindleFree which simplifies the process of installing an alternate app launcher on a Kindle Fire HD running Amazon’s stock software. 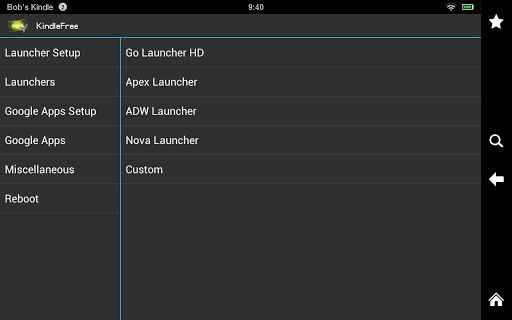 KindleFree installs a custom launcher and the Google Play Store on a Kindle Fire HD tablet. There’s also an option to remove lockscreen ads from the Kindle home screen.

The developer offers free and paid versions of the app, and despite the fact that you can use KindleFree to install the Play Store, they’re both available for download from… the Play Store.

You can find instructions for rooting the Kindle Fire HD at the xda-developers section.