Two of the big names in eBooks (one bigger than the other) have released significant updates to their mobile apps.

Amazon has released a new version of Kindle for Android with a more tablet-friendly user interface. Tablet users can now use a two-column view for reading in landscape mode. There are also additional margin and line spacing controls for tablet users.

In other words, the Kindle app for Android has finally caught up with the Kindle beta app for the HP TouchPad that was released last summer — and I can finally read Amazon eBooks on my HP TouchPad in two-column mode no matter which operating system I’m using. 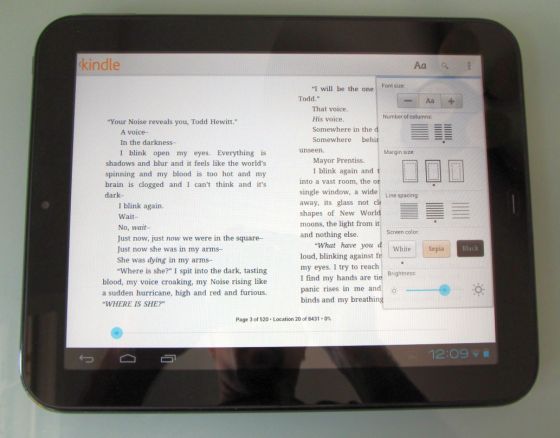 Meanwhile Kobo has launched a new version of its eBook app for iPhone and iPad, adding support for content with rich illustrations.

Kobo 5.5 for iOS also adds read-along support for children’s books as well as support for books with audio or video embedded.