But this year’s models also have locked bootloaders, which makes it a bit trickier to replace Amazon’s software with a custom operating system than it was on the original Kindle Fire.

That hasn’t stopped people from trying… and making quite a bit of progress. 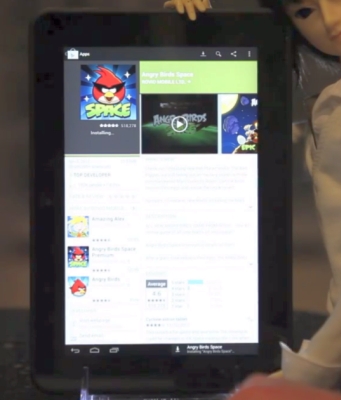 Hackers have figured out how to get around the locked bootloader and install ClockworkMod custom recovery, which makes it easier to load custom firmware on the tablets.

This is different than the “safestrap” method, which has been temporarily put on hold, and seems to use the same Cyanoboot bootloader that was developed for last year’s B&N NOOK Tablet — another device with a locked bootloader, but which has been running custom ROMs for the better part of a year.

The next step is building custom versions of Android (or other operating systems) that play well with Amazon’s latest tablets. It turns out developers are already working on that too.

Developer verygreen has posted instructions for building an unofficial version of CyanogenMod 10 for the Kindle Fire HD 8.9. The software is based on Google Android 4.1 Jelly Bean, and will eventually offer owners of that tablet the ability to break free from Amazon’s ecosystem to run a more standard Android-based operating system.

Right now CM10 for the Kindle Fire HD 8.9 is still pretty rough around the edges. Audio doesn’t work. Video playback is broken. Bluetooth and the camera don’t work, and there’s no support for the sensors — which means automatic screen rotation doesn’t work.

But at least CyanogenMod loads on the tablet and is partially usable. WiFi works, and you can use Google Apps including the Google Play Store.

Meanwhile, reverendkjr is working on porting CyanogenMod 10 to work on the 7 inch Kindle Fire HD.

The two tablets are similar, but enough of the hardware (and software) is different that you can’t just slap the 8.9 inch software on the 7 inch tablet. 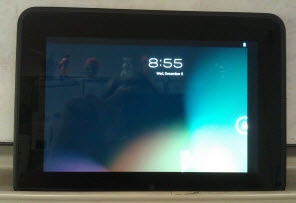 As of December 5th, almost nothing works. The operating system works, but reverendkjr reports that the touchscreen doesn’t work, the screen resolution is set wrong, and… well, without a working touchscreen that’s about it.

But development is still underway.

Update: As of December 7th, just about everything that works on the 8.9 inch tablet works ont he 7 inch version… and the same goes for things that don’t work.

8 replies on “Kindle Fire HD bootloader cracked, CyanogenMod 10 is on the way”