Developers have been porting custom firmware such as CyanogenMod and AOKP to run on Amazon Kindle Fire tablets since the first models hit the streets last year. The latest Kindle tablets have been a tougher nut to crack thanks to their locked bootloaders.

But one developer has decided to work in the other direction: By porting the Kindle Fire HD 8.9 operating system to run on a different Android device. 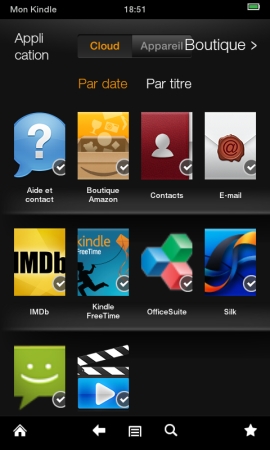 Xda-developers forum member GalaxyUser has released an early port of a Kindle Fire-based ROM for the Samsung Nexus S smartphone.

At this point the operating system loads, the touchscreen, sensors, and Amazon applications work. But many other things do not.

In the initial release, sound, Bluetooth, camera, and a number of other features are broken, and WiFi is flaky. The developer says the next  build will add support for audio and camera functionality.

It’s not entirely clear why you’d want to run the Kindle Fire ROM on a smartphone. It’s a tablet operating system that doesn’t even include phone calling functionality. But it’s pretty cool to see that you can do it if you really want to for some reason.