Kindle Fire owners have been hacking Amazon’s $199 Android 2.3 tablet to install unofficial versions of Android 4.0 since late last year. But while those early builds of Android 4.0 offer most of the feature’s you’d expect, up until now they’ve been based on older Android kernels and have lacked support for features such as hardware graphics acceleration.

But xda-developers forum member Hashcode has been working for months to port the 3.0 kernel to the Kindle Fire, and while it’s still a work-in-progress, the latest experimental builds of Hashcode’s kernel include touchscreen, audio, video, sensor, headset, WiFi, and USB support. 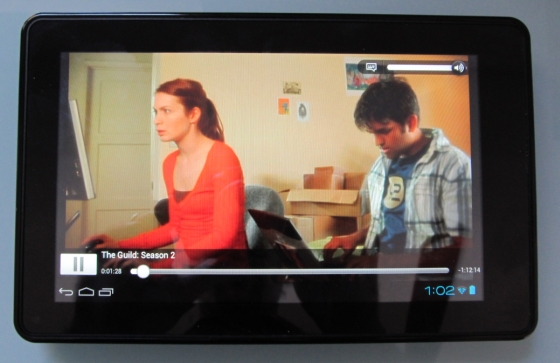 We’re starting to see custom ROMS such as a version of AOKP use the new kernel.

Hashcode has also provided information which anyone can use to compile their own Android builds using the latest kernel.

Since the kernel is still under development there may be features that don’t work. For instance, overclocking isn’t supported.

But early testers have reported that hardware accelerated video playback is supported, which means that you can finally watch HD video smoothly using the Kindle Fire running Android 4.0 — and that includes streaming video from Netflix and YouTube HD.

If you’re running the stock Amazon software for the Kindle Fire, you can check out our articles on rooting the Kindle Fire and loading custom ROMs such as AOKP.

Keep in mind, the 3.0 kernel and this build of AOKP are both in early testing phases. Things may be broken, and there’s no guarantee you won’t run into any problems even if you follow the tutorials to a T.

On the other hand… Netflix… Android 4.0… Kindle Fire…