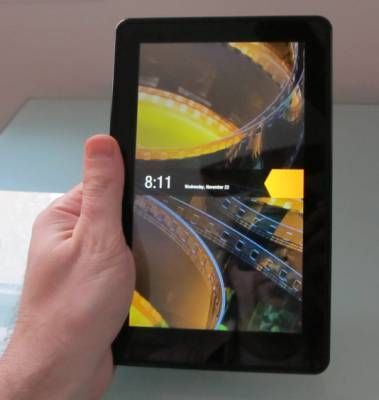 Now that developers have successfully managed to install CyanogenMod 7, early builds of Android 4.0, custom bootloaders and recovery utilities on the Amazon Kindle Fire, the sky seems to be the limit.

Over the past few days several developers have released new software for Amazon’s $199 tablet. Here’s a quick roundup of some of the new tools available for those who aren’t scared of voiding their warranties.

The simplest tool for installing the FireFireFire bootloader and TWRP recovery utility keep getting better. The latest version is designed to make installing TWRP even easier — although there’s always a risk that something could go wrong.

You’ll need TWRP in order to install any of the software listed below. But if you get stuck at the bootloader even after using Kindle Fire Utility you might want to check out our article on unbricking a Kindle Fire.

Respected developer Paul O’Brien has taken the latest official version of Amazon’s Android software for the Kindle Fire and optimized the heck out of it.

His custom ROM is based on Kindle Fire OS 6.2.1, but he’s compressed data to take up less of the 8GB of available disk space.

Paul has also pre-rooted his ROM and loaded up the Google Services Framework and Android Market.

You can flash his ROM using the Team Win Recovery Project.

This ROM is also based on Amazon’s 6.2.1 software, and also comes pre-rooted and with the Android Market preloaded.

One of the key differences between this and other ROMs is that it comes with ADW Launcher instead of the Kindle Fire launcher. That means your home screen will look pretty much the same as it would if you were running CyanognMod 7.

Want to tweak the heck out of your tablet without actually replacing the stock Amazon software? This TunePack makes a number of changes to your Kindle Fire’s built-in software and adds additional software to make it feel more like a full-fledged Android tablet

Here are a few of the things the TunePack will do once you flash it with TWRP:

The Kindle Fire might get some company in the cheap Android tablet hacking scene soon. Developers have figured out how to bypass the secure bootloader on the $249 NOOK Tablet and we should start to see custom tools for loading software and eventually custom ROMs for that tablet soon as well.

NOOK users can also add extra storage with a microSD card slot and use the tablet’s microphone. The Kindle Fire lacks both of those features.