Chinese device maker Kimdecent’s latest Android TV stick is one of the first to feature an Allwinner A31 quad-core processor. The Kimdecent CS868 is available for pre-order from Ali-Express for $95. 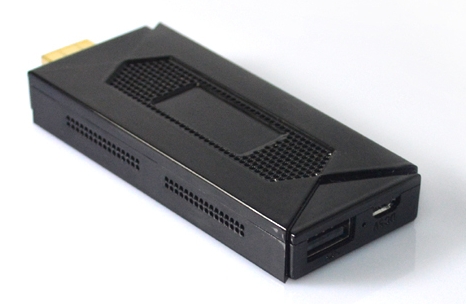 Like other TV sticks, it’s basically designed to let you run Android apps on a TV. THere’s an HDMI connector on one end which lets you plug the stick right into your TV.

Under the hood, this model has Allwinner’s ARM Cortex-A7 processor, PowerVR SGX 544 graphics, 2GB of RAM, and 16GB of flash storage.

It also has a full-sized USB port, 2 microUSB ports, and a microSD card slot. The device runs Android 4.1 Jelly Bean, and according to benchmarks from Kimdecent, it gets an AnTuTu benchmark score of 10372.

That’s a little lower than the scores we’d expect from a device with an ARM Cortex-A9 quad-core chip such as NVIDA’s Tegra 3 or Samsung’s Exynos 4412. But it’s still a pretty good score for an Android device that sells for less than $100.

Update: As commenter Javi points out, it looks like some companies plan to offer a virtually identical device called the MK810.