It’s called the Kimdecent Droid Stick T10, and you can pick one up from AliExpress for $72. 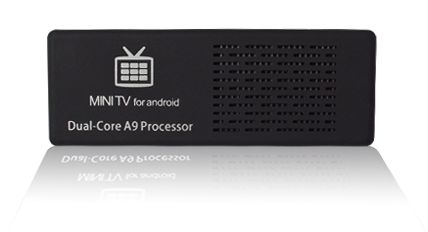 This isn’t the first Android Mini PC we’ve seen, or the first with a Rockchip RK3066 processor. But it is the first RK3066 model I’ve seen to ship with Android 4.1.

The little computer has ARM Mali 400 graphics. It also has a full-sized USB 2.0 port, 2 mini USB ports, a micro SD card slot and an HDMI port, so you can plug in a display, keyboard, mouse, remote control dongle, or other peripherals to run Android apps on a TV or monitor.

Unfortunately Rockchip offers little to no support for Linux, which means that it’s unlikely we’ll see a fully functional version of Ubuntu, Fedora, or other desktop Linux operating systems ported to this device anytime soon.

Update: That could change soon. Independent developers have been working to get Linux-based operating systems up and running on RK3066 devices.