Chinese device maker Kimdecent has released yet another Android TV stick with a Rockchip RK3066 dual core processor and Android 4.1 software. It’s got a USB port at one end and an HDMI port at the other.

But in between you’ll find something unusual on the Kimdecent B12 — a 2MP webcam. 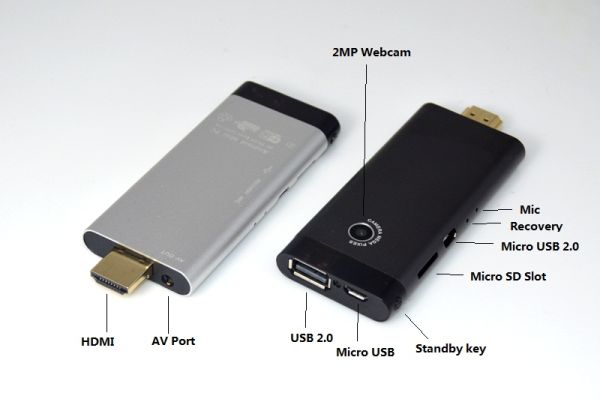 That means you can plug this little device into a TV or monitor and run Android apps — including apps that require a camera such as Skype.

Unfortunately, I’m not sure how well this layout will work on most TVs. While some televisions have HDMI ports on their side, which means you could plug in the stick and have the camera facing you while you’re on the couch, plenty of other TVs have HDMI ports tucked away behind the screen where the webcam would be of little to no use.

The Kimdecent B12 features Mali 400 graphics, 1GB of RAM, 8GB of storage, WiFi, Bluetooth, and a microSD card slot for extra storage space.

You can pick up the Kimdecent B12 at AliExpress for $68.

12 replies on “Kimdecent B12 Android TV stick packs a webcam”