With a starting price of $399, the Surface Go is the cheapest computer in Microsoft’s line of devices. But it’s a full-fledged Windows PC that you can use for work and play. An optional Surface Pen lets you use it as a writing slate. And if you pick up an optional Type Cover, you can also sort of use it like a laptop. 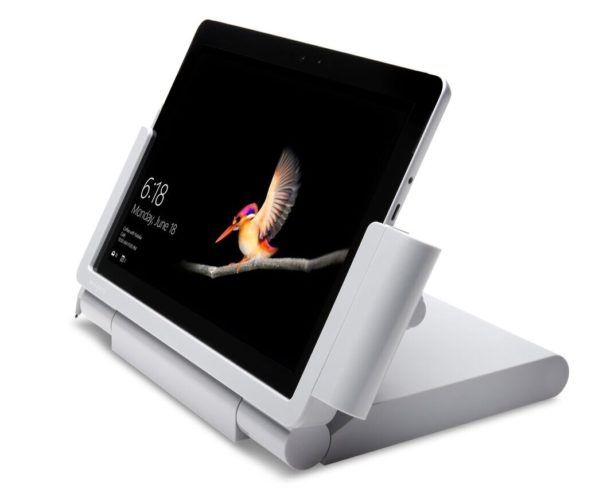 It’s a pretty nifty docking station that connects to the Surface Connect port on the tablet and gives you a hole bunch of ports including:

Microsoft says you can connect up to two 4K displays running at 30 Hz or a single 4K display at 60 Hz. The dock also serves as a stand for the Surface Go, allowing you to use the 10 inch tablet as a second (or third) screen. And there’s a magnet on the side for docking the Surface Pen when you’re not using it.

Overall, the SD6000 seems like an intriguing accessory for the Surface Go. There’s just one catch — it costs $349, making it almost as expensive as an entry-level Surface Go tablet.

If you’re going to spend that kind of money on a device that lets you use a Windows tablet as a desktop computer, odds are you’d be better off spending a bit more money and picking up a Surface Pro tablet with a more powerful processor. The Surface Go’s Pentium 4415Y processor and 4GB to 8GB of RAM may be sufficient for tablet or laptop usage, but add an extra screen or two and you might find yourself tempted to do a bit more multitasking, which could tax the tablet’s limited resources.