Two attempts to bring the ethos of free software to hardware have met an end. The group of folks behind the KDE desktop environment have been trying for a few years to deliver a tablet with wouldn’t rely on proprietary software. More recently they unveiled the Improv Board, a small, cheap computer module designed to ship with Mer Linux.

But they’ve had problems actually bringing the devices to market, and now Phoronix reports the KDE team is officially ending the projects and starting the process of issuing refunds to folks who have pre-ordered units.

At this point, all the team is promising are partial refunds since part of the money has already been spent. But the goal is to eventually provide full refunds to folks who have put their faith (and money) into the project.

In a statement, the team suggests “the Free software community does not seem ready at this point to make a concerted stand on the pressing issue of hardware freedom,” although that hasn’t stopped another open hardware project from succeeding. 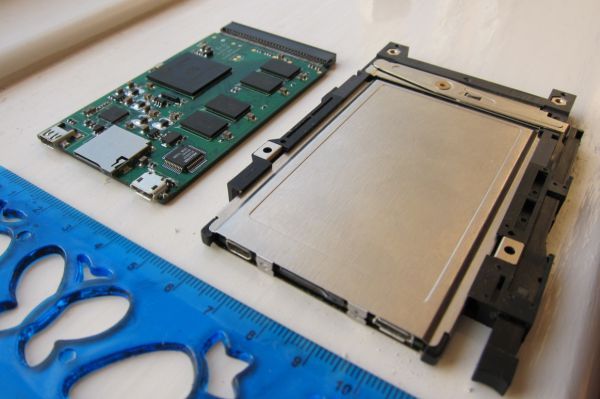 The Novena open laptop project recently raised more than $700 thousand to manufacturer notebooks designed to run free and open software. The hardware designs for the Novena are open, and unlike a typical notebook that ships with Ubuntu or another Linux distribution, the Novena is designed to run without any proprietary software drivers at all… much like the now-discontinued KDE tablet and Improv board.

The difference is that the KDE team was trying to offer inexpensive hardware – the Improv board was expected to sell for around $75, while the  goal had been to offer a tablet for around $200.

A Novena system board alone goes for $500, while the full notebook costs nearly $2000.

4 replies on “KDE team pulls the plug on the Vivaldi tablet, Improv board projects”