The developers of the KDE desktop environment for Linux-based computers have partnered with Spanish PC maker Slimbook to release a laptop that comes with KDE software pre-installed.

The KDE Slimbook is 13 inch notebook that’s available with up to a Core i7 Skylake processor and which comes wit the KDE Neon operating system. 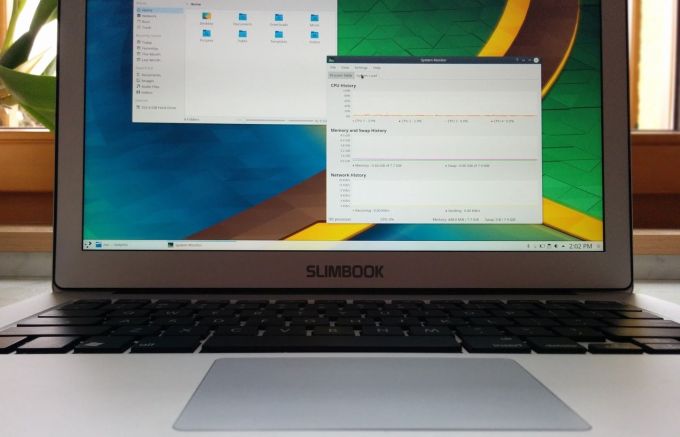 It has an aluminum case, a backlit keyboard, two USB 3.0 ports, a mini HDMI port, SD card slot, and a 6,800 mAh battery. There’s also an “external” Ethernet adapter, which sounds like it’ll probably be a USB dongle. The notebook comes with a 2-year warranty.

The SlimBook measures about 0.7 inches thick and weighs about 3 pounds.

But it’s not really the hardware that makes this laptop special. It’s the software.

KDE is a desktop environment that works with a range of Linux-based operating systems, but the KDE Slimbook ships with an Ubuntu-based OS called KDE Neon which has been optimized for the experience. And the developers say the KDE Slimbook is “a laptop which has been tested directly by KDE developers, on the exact same hardware and software configuration that users get.”

So while you can install the software on any number of laptop or desktop computers, you may run into hardware compatibility issues with some systems. That shouldn’t be a problem with this laptop… and if/when issues do arise, it’ll help developers diagnose problems if they know that some users are running the software on virtually identical hardware.

This isn’t the first time the KDE team has ventured into hardware. The company tried to launch a tablet a few years ago, but things didn’t go very well for that project.