A year after partnering with Spanish PC maker Slimbook to release a Linux-powered laptop that would ship with the KDE desktop environment out of the box, the KDE team and Slimbook are back with a new model.

The KDE Slimbook II has a faster processor, speedier RAM, and a thinner and lighter design. 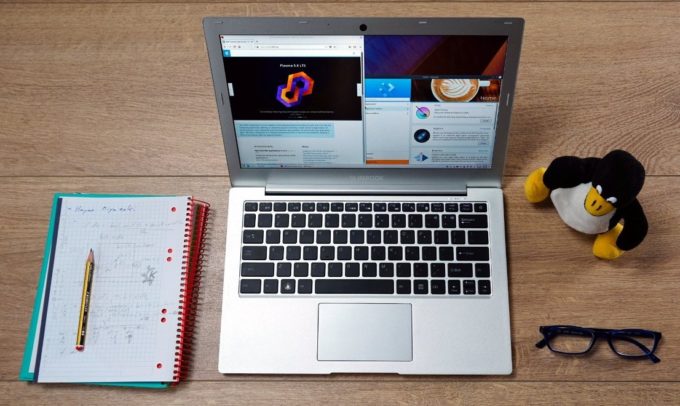 The new laptop doesn’t exactly have state of the art hardware. It ships with a choice of Intel Core i5-7200U or Core i7-7500U Kaby Lake processors instead of Intel’s newer 8th-gen chips.

But measuring about 0.6 inches thick and weighing about 2.9 pounds, it’s a tad more compact than last year’s model while also packing more power: the CPUs are said to be about 15 percent faster, while the memory is about 33 percent faster. The new model also has larger antennas for better WiFi performance.

Slimbook ships the laptop with the KDE Neon operating system pre-installed. It’s an Ubuntu-based GNU/Linux operating system that comes with LibreOffice, Firefox, VLC, and KDE apps including the Kontact calenra, email and task manager, the Dolphin file explorer, and the Kdnlive video editor.