A few months ago mobile hotspot provider Karma launched a new unlimited data plan called Karma Neverstop, allowing customers to get unlimited data with speeds up to 5 Mbps for $50 per month.

A few weeks ago the company acknowledged that there was a problem with offering unlimited data at that price: some customers were using way more data than Karma had expected, which messed with the company’s business model. So Karma planned to throttle speeds to prevent people from using the mobile hotspot as a replacement for home broadband service.

Some folks didn’t like that plan… so Karma has unveiled a new approach which offers a mix of unlimited access and higher transfer speeds. 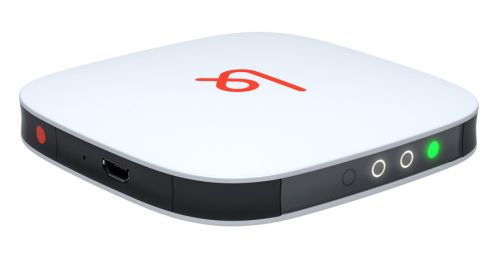 So here’s the deal: pay $50 per month and you can use up to 15GB of data with download and upload speeds of 5 Mbps. If you go over that amount, you can still use the service, but at 2G speeds (between 64 Kbps and 128 Kbps).

If you don’t hit the 15GB cap, Karma will give you a $1 credit for each unused gigabyte.

The counter starts over today for all users, but Karma says it doesn’t expect most customers to actually be affected by the changes. Folks who don’t like the new plan are invited to return their hotspots.

Karma also has a “Refuel” plan that lets customers purchase pay-as-you-go data for $14 per gigabyte. At first glance, that option seems more expensive… but it means you’d only have to pay for the data you use, so it could be a better options for light users. Refuel also offers higher data speeds (averaging around 6-8 Mbps and peaking as high as 25 Mbps) and data never expires, so unused data purchased this month could be used later in the year.

You’ll need a $149 Karma Go hotspot to use either the Refuel or Neverstop plan.

There’s one key difference between Karma’s mobile hotspot service and those offered by other companies though: Your mobile hotspot is an open WiFi hotspot that isn’t password protect. Karma encourages you to make it easy for others to connect by offering a $1 credit or 100MB of free data to you every time someone else logs into your hotspot and connects to the internet (those users will get a small amount of free data and an ad asking them to sign up for their own Karma plans).