Kano sells line of DIY computing kits designed to help kids learn to assemble and use computers and learn to code. Up until now most of the company’s kits have been built around Raspberry Pi single-board computers and GNU/Linux software.

But the latest Kano device is something different.

The Kano PC is still a kit that kids can assemble. But when they’re done, what they’ll have is an 11.6 inch Windows tablet with a detachable keyboard. 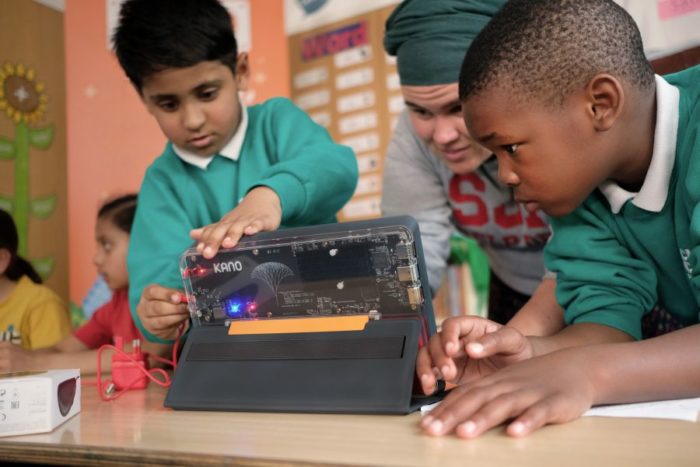 If you just look at the specs, the Kano PC isn’t very impressive. With an Intel Atom x5-Z8350 processor, 4GB of RAM, and 64GB of eMMC storage, the spec sheet looks like something straight out of 2016.

But that would be missing the point.

The Kano PC comes as a DIY kit that kids put together by attaching the battery, speaker, and other components., When it’s assembled, the PCB is visible and there are LEDs that light up to show how when different hardware is active.

It’s not quite as involved a process as assembling components and building a gaming rig. But it’s a little more involved than just showing kids where the power button is.