One of the original goals of the Raspberry Pi Foundation was to create an affordable computer that students could use to learn to code. And there are plenty of schools and households using $35 Raspberry Pi computers for just that purpose.

But while the computer itself is pretty cheap, you need to add a keyboard, a pointing device, and a bunch of other components to make the most of it. And then you have to find the right software for your needs.

Kano’s Computer Kit takes a lot of the hard work out of assembling and setting up a Raspberry Pi for educational purposes… and leaves you with a lot of relatively easy work as you learn the basics of coding by interacting with the software on the kit.

The folks at Kano sent me a Computer Kit earlier this year, and I offered some initial impressions at the time. Since the kit has been collecting dust on my desk for a little while, I figure it’s time for a giveaway! 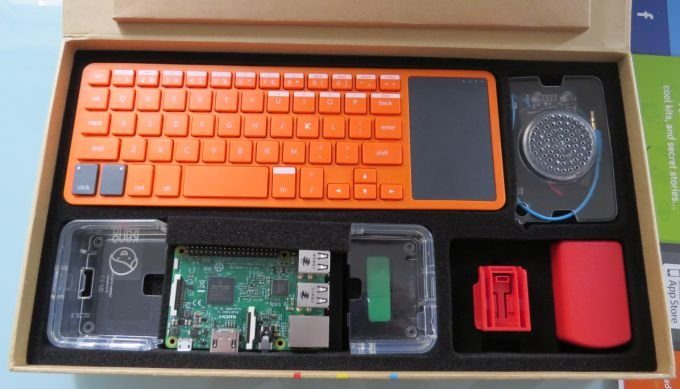 This giveaway is for a lightly used Kano Computer Kit featuring a Raspberry Pi 3, a wireless keyboard and touchpad, a case with a built-in speaker, a power supply, and an HDMi cable. There’s also some pretty stellar documentation and an 8GB microSD card pre-loaded with Kano’s educational, Linux-based software.

This kit currently sells for about $149, but Kano’s given me the go-ahead to give away the demo version I received to a reader.

There’s a little more to it than that:

Thanks again to Kano for providing this demo unit!

Update: This contest has now ended. Congratulations to our winner, loxmyth!