JXD has a new Android tablet on the way which has the same processor, screen resolution, and price tag as NVIDIA’s Shield tablet. So why opt for a model from a company called JXD instead of a better-known name like NVIDIA?

Because the JXD Singularity S192 isn’t just a tablet. It’s basically a full-fledged handheld gaming system, complete with analog sticks, a D-pad, and gaming buttons built into the hand grips on either side of the 7 inch touchscreen display. 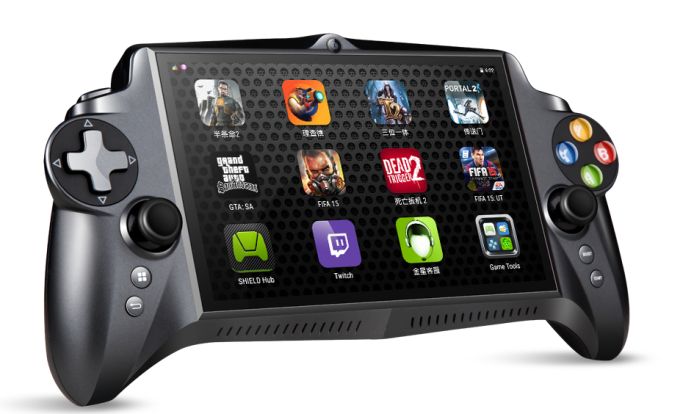 Overall, the design makes the Singularity S192 kind of bulky if you plan to use it for anything other than gaming. But it could make the tablet easier to use for long gaming sessions since you have something to hold onto without obscuring the screen with your thumbs, and buttons and sticks that provide tactile feedback.

The tablet also has a huge 10,000 mAh battery which JXD says should provide up to 11 hours of video playback time or up to 6 hours of run time while playing games.

via Open Consoles and OpenPandora forum