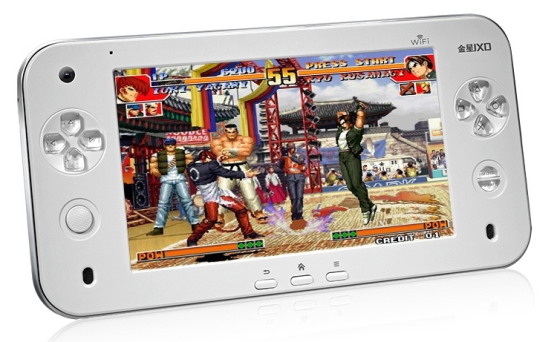 The JXD S7100 is an Android tablet designed with game emulation in mind. It has directional controllers, square, triangle, circle, and X buttons, and dedicated Select and Start buttons, which is pretty much all you need to play most classic games.

The tablet also has the hardware to support most of the game emulators available for Android, including a 1 GHz ARM Cortex A9 processor, Mali 400 graphics, 512MB of RAM, and Google Android 2.2 operating system.

The device has a 7 inch, 800 x 480 pixel display and HDMI output for streaming games or other content to a larger display. There’s also a touchscreen for playing modern games that are actually designed for Android.

JinXing Digital, the company behind the tablet, also make a series of knockoffs of other devices ranging from the Sony PSP to the iPod touch. But the S7100 looks interesting in its own right. 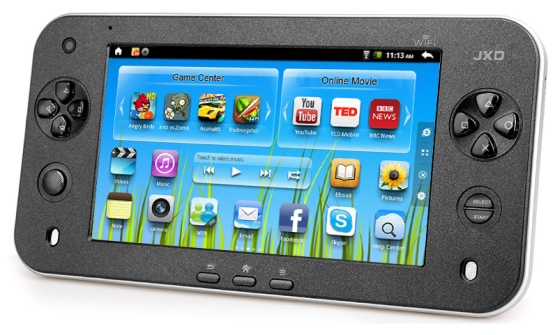 The company’s also loads the tablet with software for organizing your apps on your home screen and a Game Center — which appears to include a storefront for downloading pirated ROMs from classic game consoles. Some folks suggest that you can do that with a clean conscience if you actually own a physical copy of the game you’re downloading, but technically it’s still illegal, so proceed with caution.

Some retailers are already selling the JXD S7100 for around $140.

Update: It looks like there are two versions of the S7100. The $140 model has a resistive touchscreen while a $170 model with a capacitive touch panel is also available.