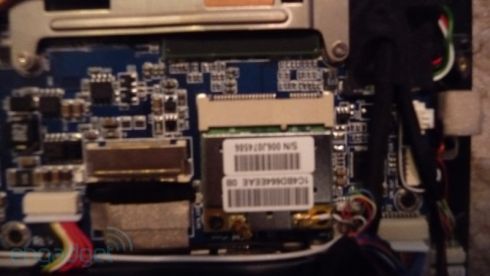 The iPad isn’t the only tablet shipping this week. And it’s not the only tablet that got ripped apart moments after it was released either. The handful of customers who pre-ordered the 12 inch JooJoo tablet instead of the similarly priced Apple iPad are starting to receive their orders. And Engadget has a photoset from one user that decided to dissect the JooJoo and see what’s under the hood.

Sure, the FCC pretty much went through the trouble for us recently. But the FCC doesn’t tell you how to disassemble the tablet.

Unlike the iPad, which you need to pry apart with a special tool to open up, the Fusion Garage JooJoo tablet can be opened by removing 10 screws. While the iPad’s CPU and RAM are on a single chip, you can upgrade the JooJoo’s RAM yourself. And there’s an extra mini PCI-E slot, which could make this tablet a much better option for hackers and tinkerers.

Out of the box, the JooJoo is basically a touchscreen device built around a web browser. But thanks to the Intel Atom processor and NVIDIA ION graphics, there’s also no reason you couldn’t load this computer up with Linux, Windows, or another operating system.

One reply on “JooJoo tablet gets taken apart”