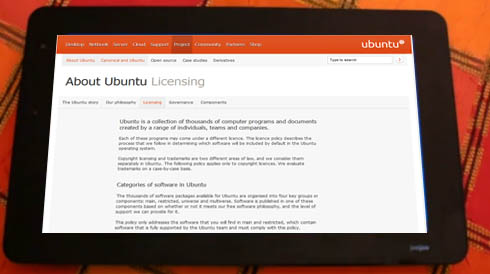 Oh, Fusion Garage… Lately it seems the only good news which surfaces about your JooJoo tablet is the result of someone who doesn’t work for you doing something awesome with it — like installing Windows 7 on it.

Developer Matthews Garrett recently got the chance to spend some time with the JooJoo, and apart from his concerns about hardware oversights (which include a display which is connected upside-down, poor ACPI implementation, and generally shoddy coding) he’s got some serious concerns about their decision to not release source code.

The JooJoo runs a modified Ubuntu OS, after all, so they should be making the source available in order to play nice with Canonical’s licensing requirements. Garrett decided to email Fusion Garage about the GPL issue and was told to be patient, as Fusion Garage were “still actively making changes to the joojoo software [and] will make the source release available once we feel we are ready to do so.”

I’m not sure patience plays a role here, Fusion Garage, but non-compliance certainly does. Using code like Ubuntu to power a device which you’re already selling and shipping without releasing source? That’s dirty pool. I’m also not sure the argument about “actively making changes” is a logical defense — what decent hardware maker isn’t continuously looking at ways to make the firmware or software on their devices perform better?

Really, though, Fusion Garage’s nonchalance is probably to be expected from a company who, as Garrett puts it, builds a device which is “held together by a string and following wind.”

5 replies on “Joojoo ripped for another failing, this time it’s a GPL violation”