Finnish smartphone company Jolla is expanding beyond Europe. The company’s first smartphone runs Sailfish, a Linux-based operating system which can run some Android apps, but which has a unique user interface running on top of software that emerged from the ashes of Nokia and Intel’s canceled MeeGo project.

Jolla recently began offering its phone in Hong Kong, and now it’s available in India for $270. 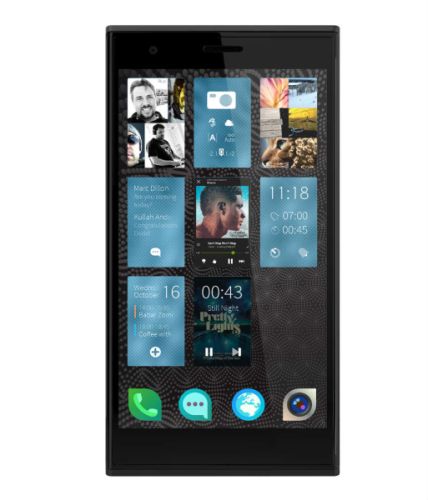 The Jolla smartphone has a 4.5 inch, 960 x 540 pixel IPS display, a Qualcomm Snapdragon 400 quad-core processor, a 2100mAh battery, 1GB of RAM, 16GB of storage, and an 8MP rear camera and 2MP front camera. Jolla says you should get up to 10 hours of talk time from the phone’s replaceable 2100mAh battery.

But it’s not the specs that make it stand out. It’s the software.

Sailfish has a gesture-based user interface designed to let you navigate apps and menus using one hand. There’s support for true multitasking, not only allowing you to run multiple apps simultaneously, but also to access all of your running apps from a single screen. You can also use multitasking shortcuts to do things like change music tracks or compose an email message without leaving the app you’re currently using.

Jolla is selling its phone in India for about $200 less than the $450 it charges in Europe. The move makes sense as the company tries to an emerging market with a huge number of potential smartphone customers… but where most of them are rather price conscious.

But Jolla is entering the space at a time when there are a number of low-cost alternatives. Chinese and Indian brands already offer a number of low-cost Android phones and Google recently unveiled the first Android One handsets for India. These phones sell for as little as $105, feature Google-approved hardware from local manufacturers, and software straight from Google.

Inexpensive phones running Mozilla’s Firefox OS are also available in India. The Intex Cloud FX may not be a very powerful phone, but it sells for just $33 and runs web apps using a Firefox-based web browser and operating system.