MeeGo may be a nearly-dead platform, but the folks at Jolla are hoping to keep it alive. MeeGo is the Linux-based OS for smartphones, netbooks and other devices which Nokia recently abandoned when the company decided to start offering smartphones running Windows Phone.

But the folks at Jolla plan to launch a new handset with MeeGo. If that sounds like a bad idea, since there won’t be many third party apps available for MeeGo, Jolla has a solution. The phone may be able to run Android apps. 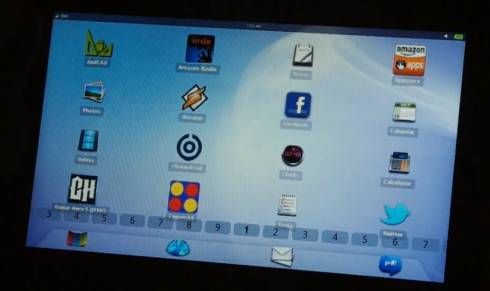 According to 3T, Jolla will work with OpenMobile, a company that allows Android apps to run on a range of other operating systems including Windows, webOS, and MeeGo.

That could make it easier to find mobile apps that will run on the phone once it’s available — although as RIM can tell you, simply adding support for some Android apps to a non-Android device doesn’t guarantee people will buy that device.

MeeGo is also capable of running some apps which aren’t optimized for mobile, thanks to its underlying Linux core.

Meanwhile, while Nokia and Intel, the two original backers of MeeGo aren’t actively supporting the operating system, there are a few interesting projects that are coming out of its ashes.

There’s an open source project called Mer that’s based on MeeGo. And the Tizen Linux distribution picks up where MeeGo left off, with open source operating system (with an emphasis on web technologies) for mobile devices.

One reply on “Jolla’s MeeGo smartphones will run Android apps”