Jolla Mobile’s first smartphones running Sailfish OS will go on sale in the company’s home country of Finland later this month. Sailfish is based on the discontinued MeeGo Linux operating system which Nokia abandoned in the move to Windows Phone, and key executives at Jolla actually came from Nokia.

So the company and its software have a pretty strong pedigree — and I wouldn’t be surprised if the Linux-based phone proves at least moderately popular with fans of open source software and folks in Finland looking for a home-grown alternative to Android, iOS, and Windows Phone. As many as 50,000 people may have already pre-ordered a phone for a bit over $500.

What remains to be seen is whether Sailfish has what it takes to be a major player in the global market. There’s no word on when we’ll see an international launch. 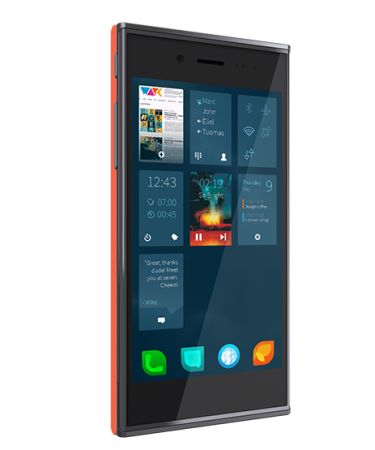 Sailfish is a unique operating system with its own version of a lock screen, home screen, notifications, and multi-tasking. But Jolla also enabled support for Android apps, which allows users to tap into the thousands of third-party apps already available for Google’s mobile operating system.

Jolla has partnered with Russian search engine Yandex to pre-load Sailfish phones with Yandex.Store, an Android app store with access to over 85,000 apps and games.

But the company is asking developers to create native apps for Sailfish and submit them for inclusion in an official app store.

Jolla is a relatively new, relatively small company — and probably doesn’t need to sell as many phones as Samsung in order to survive. But Jolla’s Sailfish platform isn’t the only competitor for fifth place in the smartphone space (after Android, iOS, Windows Phone and BlackBerry).

Ubuntu Touch, Firefox OS, and even the Samsung-backed Tizen software are also making the rounds, not to mention Android forks such as Amazon’s Kindle Fire OS or Alibaba’s Aliyan OS.