Jolla may be getting out of the hardware business in order to focus on developing and licensing its Sailfish operating system to other phone and tablet makers. But the company still plans to ship the Jolla Tablet to backers of last year’s crowdfunding campaign.

While the finished tablet isn’t quite ready to ship yet, Jolla has announced it is sending out a handful of pre-production tablets to members of its Developer Device Loan Program. 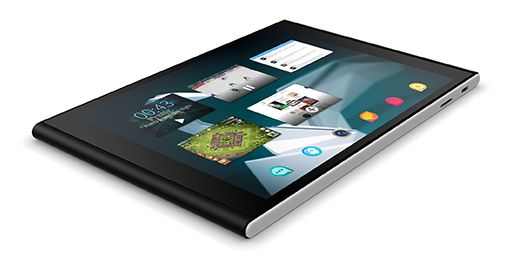 The goal is to fine tune things a bit more before sending tablets to backers of the Indiegogo campaign.

Jolla is also planning to launch a software developer kit with new tablet-specific features. Up until now Sailfish has been primarily designed for smartphones. The new tools will add support for devices with higher resolution displays.

Sailfish is a Linux-based operating system with an emphasis on gesture-based navigation (there are no physical navigation buttons), and support for both native apps and some Android apps.

One reply on “Jolla Tablet now shipping to developers, heading to customers later this year”