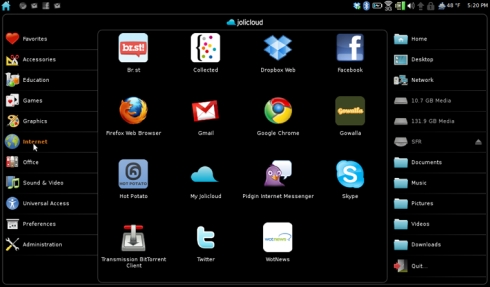 The folks at Jolicloud are pretty serious about making sure that their netbook-centric operating system works on every mini-laptop on the market. The team already has an impressive list of compatible devices. And it’s about to grow longer.

Jolicloud posted a message on Twitter this morning indicating that the developers are working on compatibility with the VIA C7-M processor found in a handful of early netbooks such as the HP 2133 Mini-Note and Everex Cloudbook. Support for the Intel Atom Pine Trail chips found in many of the newest netbooks is also on its way.

Jolicloud is a Linux-based operating system that blurs the lines between desktop and web applications by allowing you to run web apps like Gmail, Google Docs, Twitter and Facebook as if they were desktop apps. You can also run some Windows applications using WINE, as well as native desktop applications including Boxee and Skype.