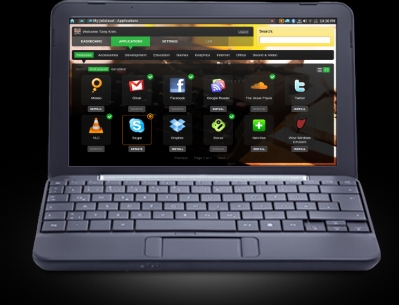 Netbook operating system Jolicloud is available as a free download for pretty much any Intel Atom or VIA C7-M powered netbook. The OS blurs the lines between the desktop and cloud-based applications like Facebook, Google Docs, and Gmail. And as of today, it’s available in both English and French.

I’m still not convinced that’s going to be enough to convince a huge number of people to use Jolicloud instead of Windows or the upcoming Google Chrome Operating System for netbooks. But while Jolicloud is a download-and-install-it-yourself operating system for now, I wouldn’t be surprised if the company is working behind the scenes to get some PC makers to preload the OS on their netbooks.