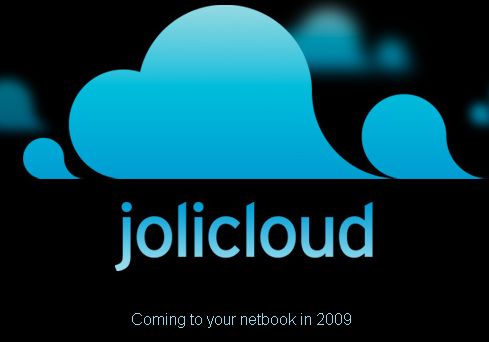 The founder of Netvibes is working on a new project – an operating system built for cloud computing applications called Jolicloud. There’s not a ton of information about the OS at the moment, but according to TechCrunch, the operating system will be a stripped down flavor of Linux that’s designed for easy access to online applications like Meebo, Google Docs, and Joost, and Skype.

The blurry screenshot that Mike Arrington grabbed shows two things. First, the interface seems to borrow heavily from Ubuntu Netbook Remix, although this doesn’t necessarily mean the OS will be based on Ubuntu (like most other parts of Ubuntu, the program launcher is open source). Second, Michael Arrington still doesn’t know very much about netbooks, despite his claim that he’s a “heavy tester.” If he was, he probably would have recognized the Ubuntu Netbook Remix design instead of saying that it resembles an iPhone interface.

Anyway, the basic concept behind Jolicloud is interesting, but I think it’s kind of based on a common misconception that people have about netbooks: That they’re only good for accessing the web. The truth of the matter is that even the most underpowered netbooks are perfectly capable of running a word processor, spreadsheet, and music or video players. While there are certainly some advantages to using web-based applications like Google Docs, few web apps are as powerful as their equivalent desktop applications (like OpenOffice.org).

While I love the idea of a quick-booting operating system that will let me get on the web right away, what I’d really like is a quick-booting operating system that lets me either get on the web or run native apps right away. If Jolicloud is capable of running standard Linux apps like Openoffice.org, Amarok, and Totem, great. But I think putting “cloud” in the operating system’s name makes it sound like it’s only good for accessing web apps, just like putting “net” in “netbook” has led people to believe that these tiny computers are only useful as dumb terminals.