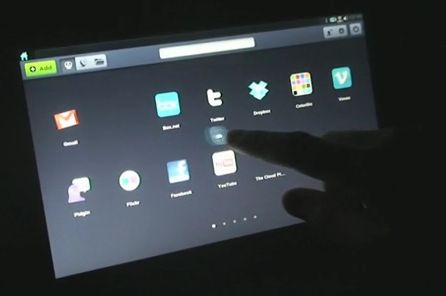 The folks behind the Jolicloud operating system for netbooks have added a few touchscreen optimizations and support for a handful of devices with touchscreen displays including the Samsung NB30 netbook (which is available in some regions with a touchscreen). Basically, you can manipulate program icons by tapping and dragging, and you can flip between home screens by flicking your finger — much the way you would on an iPhone or Android device.

This isn’t the first time we’ve seen Jolicloud on a touchscreen device. Last year, a video of an Acer Aspire One netbook with a touchscreen hack and Jolicloud was making the rounds, but this time Jolicloud is officially starting to support touchscreen displays. The company has also dropped all remnants of the Ubuntu Netbook Remix user interface, instead using a custom HTML5 UI.

You can check out a short video after the break.

Update: Jolicloud has posted a list of supported touchscreen technologies, which includes a number of touch displays from handheld devices and PDAs that I’m not sure can actually run the Jolicloud operating system — at least not without some modifications. I guess the idea is that the tools Jolicloud is using to support touch theoretically works with the hardware in those devices — even if the operating system doesn’t.