There are a plenty of Linux-based operating systems that can run on desktop computers or servers. And there’s a growing number that run on phones (although most are pretty rough around the edges at this point).

But JingOS is one of the first Linux distributions that’s designed specifically for tablets. It has a touch-friendly user interface that’s inspired by Apple’s iPadOS, as the developers at Chinese company Jingling explained when they started posting preview videos of the operating system in January.

Now the first publicly available builds of JingOS are available for download. 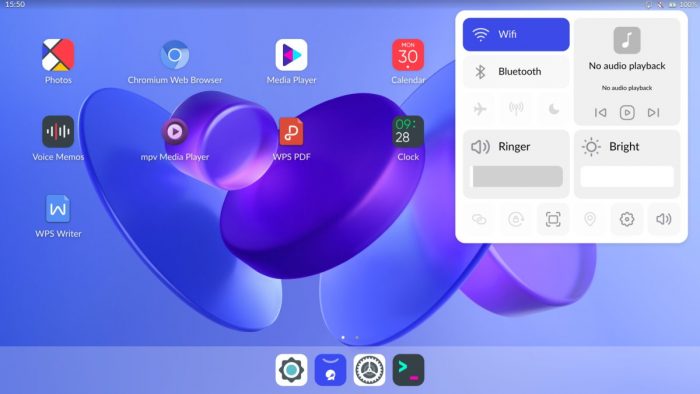 JingOS v0.6 is still considered an unstable preview build, but it introduces many of the key features of the new JingOS operating system including its touch-friendly user interface:

The operating system is based on Ubuntu 20.04 and features and the user interface is built on top of the KDE Plasma Mobile 5.20 desktop environment.

Jingling says that in the next two months JingOS will gain an app store, support for over-the-air updates, new controls, a new virtual keyboard, and better support for running desktop Linux applications on a tablet.

Starting with version 0.8, which is due to launch in March, the company says the operating system should be stable enough to use as a daily driver on tablets or touchscreen laptops. It’s been tested on the Microsoft Surface Pro 6, Eve V, and Huwei MateBook 14.

Jingling is also said to be looking into creating a version of the operating system that can run on smartphones, and we’ve already seen it running on mini-laptops like the Chuwi Minibook.

One thing to keep in mind is that the source code for JingOS has not been released yet, but there are some reports indicating that the developers plans to make the source code available starting with version 1.0 (which it is legally required to do if it’s basing its work on KDE, which is released under a GPL license).

You can find release notes and download links at the JingOS forum. Here are some screengrabs I made after downloading the preview and running it in a virtual machine:

And here’s that promotional video from the makers of JingOS: