Android tablets are a dime a dozen these days (almost literally… some Android tablets are really cheap), but a startup called Jide hopes its new tablet stands out thanks to a set of premium features designed to help you get work done.

The Ultra Tablet runs a custom version of Android called Remix OS which is designed to resemble Windows. There’s a taskbar, support for running apps in resizeable windows, and a theme that looks a lot like Windows 8 and later.

Oh yeah, and the tablet itself looks an awful lot like a Microsoft Surface. 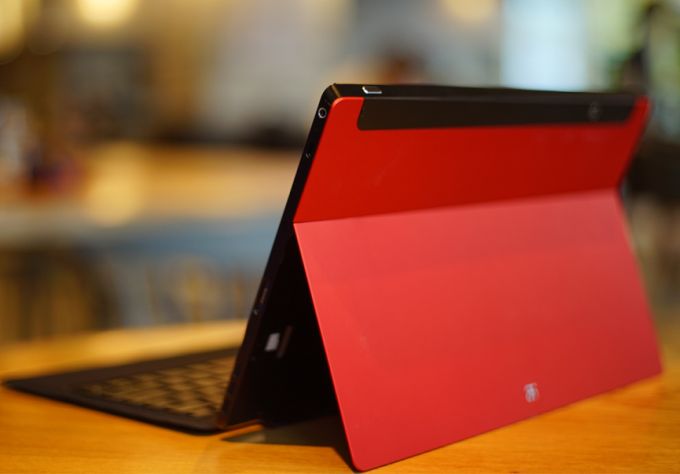 It comes with a keyboard cover that measures 5mm (about 0.2 inches) thick. It also acts as a stand, and which connects to the tablet via magnets.

Jide hopes to sell the Ultra Tablet for about $349 and up when it launches in the second or third quarters of 2015, although it will likely be sold in China before then.

While the tablet hardware looks decent, but not wholly original, the software is what really makes this device special. Jide was founded by three former Google employees, and while Remix OS is a heavily modified version of Android, it supports the Google Play Store and other Google apps.

Right now Remix OS is based on Android 4.4, but the team plans to update it to Android 5.0 in the future.

In addition to selling its own tablets, Jide hopes to license Remix OS to other device makers, which means that you could see other hardware with a Windows-clone version of Android in the future.