It’s been about a year since Jide unveiled a desktop-friendly version of Android called Remix OS, and in that time the company has run two successful Kickstarter campaigns, launched a tablet and a inexpensive mini desktop, and worked with a number of device makers to load Remix OS on their devices.

Now Jide is taking a step that could get Remix OS onto many more machines. Starting January 12th, you’ll be able to download a version of Remix OS that you can load on a USB flash drive and plug into a computer with an Intel or AMD processor to run Remix OS on your existing hardware. That includes Macs as well as Windows PCs.

But that’s just one part of Jide’s plans for 2016. I caught up with co-founder David Ko at CES, and he gave me a sneak peek at some of the things that are on the way.

Remix OS is based on Google Android and supports just about any app available from the Google Play Store. But the user interface has been heavily tweaked so that Remix OS looks more like Windows than Android.

There’s a taskbar and the app launcher works sort of like a start menu. When you open apps they can run in full screen or in resizable windows that can be moved around the screen. And memory management tweaks prevent apps from pausing or closing and losing your data in the background when you’re multitasking. 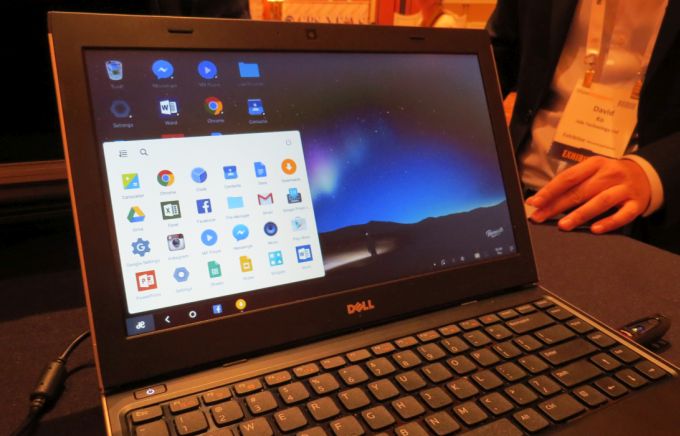 Not every Android app works well with keyboard and mouse input, as I discovered when I reviewed the $70 Remix Mini PC. But Remix OS does a better job of making Android feel like a desktop OS than any other software I’ve tried.

That shouldn’t be a huge surprise, since Jide was founded by former Google employees and Ko tells me about 20 percent of the company’s developers were hired from Google as well.

The big news this week is Remix OS for PC. Jide partnered with the developers at Android-x86 to make it simple to boot Remix OS on a wide range of computers. Just insert the USB stick, go to you computer’s settings, and boot from the USB drive. You’ll get the best performance if you use a USB 3.0 drive with support for 20MB/s or faster read and write speeds.

You can also install Remix OS to a partition of your hard drive or SSD if you’d like to create a dual boot setup. Jide plans to offer instructions for doing that eventually, but you might have to troubleshoot things on your own a bit: if you’re not comfortable adjusting partitions, proceed with caution. It’s much easier to just erase you existing operating system and install Remix OS… but then you’ll erase all of your data, so make sure to backup important files before trying that. 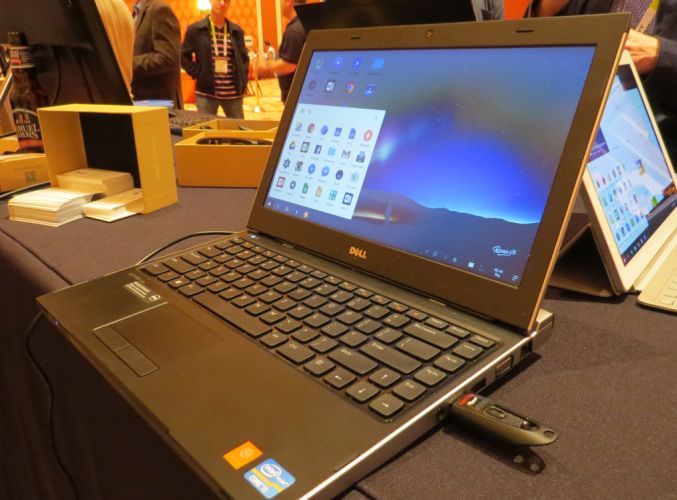 The software Jide is releasing this month is considered alpha software, so expect it to be a little rough around the edges. The company says it should work on most recent computers. But if you have a third-party graphics card or an unsupported WiFi or Bluetooth card and run into errors, Jide wants to know. Part of the reason for releasing the software is to make it easy for anyone to try. Another is to get feedback that will help improve future versions of Remix OS.

While this is alpha software, you might actually get better performance on a PC than you would if you used a Remix Mini or another device with a low-power ARM-based processor. If you’ve got a computer with a recent Intel Core processor, it’s probably way more powerful than even the highest-performance Android phones and tablets. So you should see performance that’s as much as 2-3 times faster.

Oh, and in addition to working with the developers of Android-x86 to get Remix OS running on a wide range of hardware, Jide is also contributing its own code to the Android-x86. Jide and Android-x86 clearly have a better working relationship than some other developers.

Since Jide is giving away the software for free, I was curious about the company’s business model. Ko says they’ve got a decent amount of funding and are much more interested in building a user base than in finding ways to make money right now. 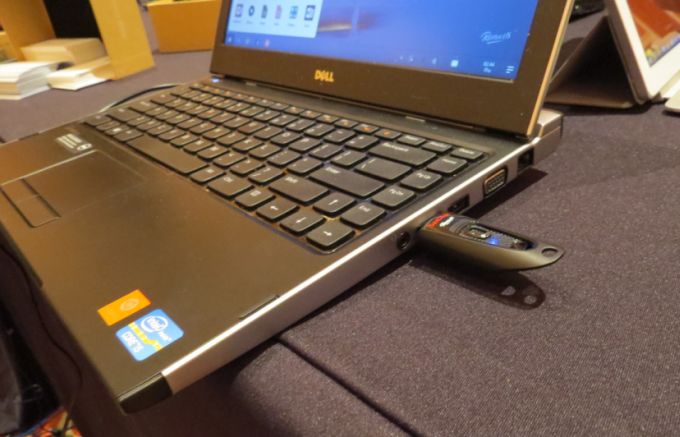 The operating will always be free. Jide won’t start charging users after a few years once they’re hooked. But eventually the company might find ways to integrate value-added services such as cloud backup for paying customers. Or Jide could partner with third-party app developers in some way. Those are just examples though. Ko says the company hasn’t really worried much about a revenue source yet, but he assured me there are no plans to charge for the operating system or to insert ads into it in the future.

Remix OS for PCs may be the new thing, but last year the company also released custom ROMs that you could install on the Google Nexus 9 and Nexus 10 tablets. Ko says Jide plans to continue offering custom firmware for existing Android tablets.

Within the next two months, Jide plans to release Remix OS 2.0 ROMs for the Nexus 9 and Nexus 10 and a new ROM for the Google Pixel C as well.

OK, so Remix OS is available for hundreds of computers and a handful of tablets, and Jide has also made it available to third-party manufacturers like Cube to include on their own tablets and notebooks. Just this week, Tronsmart released a version of Remix OS that you could install on some of its TV boxes.

So does Jide plan to stop producing its own hardware and just focus on software?

Ko says the company plans to produce one or two new devices every year. They’ll be to Jide sort of what Nexus phones and tablets are to Google. Products like the Jide Remix Ultra Tablet and Remix Mini computer are designed to show what Remix OS can do on a variety of different types of hardware. But Jide will also continue to work with third-party manufacturers to offer devices that ship with Remix OS. 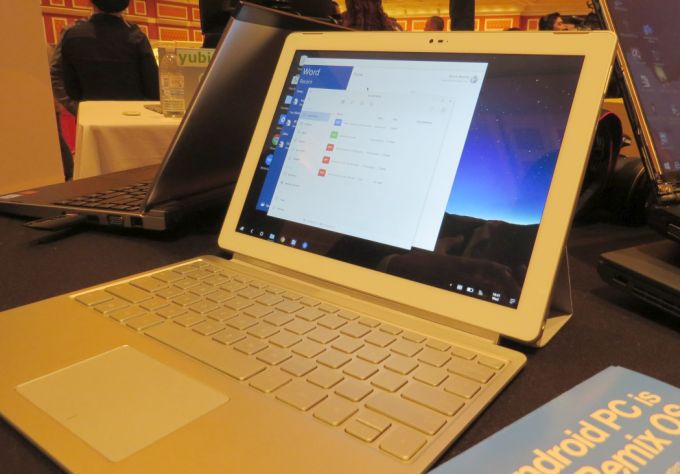 One tablet the company is showing off at CES is a prototype with a Qualcomm Snapdragon 810 processor, although it may eventually ship with a Snapdragon 820 processor. This isn’t the next Jide tablet though. It’s something that will likely be sold under a different brand name.

We’ll probably have to wait until later this year to see new hardware wearing the Jide name.