This year Chinese startup Jide launched Remix OS, which a version of Android with a taskbar, support for multi-window apps, and other desktop-style features.

The first devices to ship with Remix OS were tablets… but you know what kind of hardware makes even more sense for a desktop-style OS? A desktop-style PC. 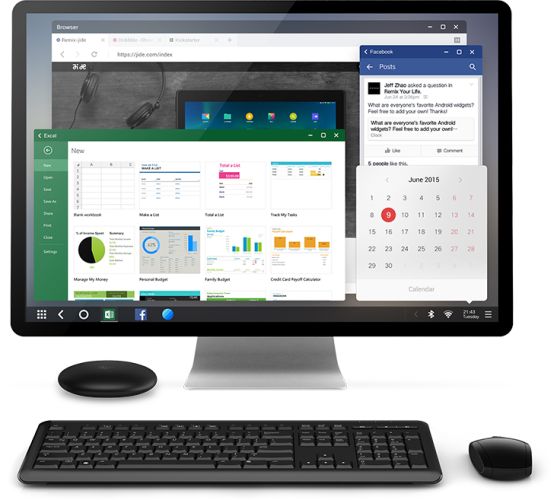 Enter the Jide Remix Mini. The folks at Jide launched a Kickstarter campaign for this low-cost, low-power mini PC with Remix OS in July, hoping to raise $50,000.

By the time the campaign ended this week, Jide had raised more than $1.6 million from more than 20,000 people.

The Jide Remix Ultra is an 11.6 inch tablet with an NVIDIA Tegra 4 processor, a built-in kickstand, and a keyboard cover. It looks a lot like a Microsoft Surface tablet, but it runs Android/Remix OS instead of Windows. 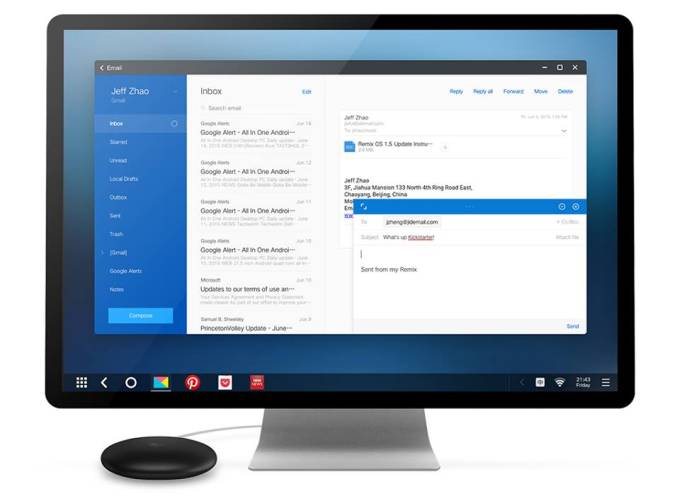 While the Remix Ultra provided us with an early look at what Remix OS could do, the tablet was priced at about $400 for folks who didn’t manage to score a better price during the early days of the Kickstarter campaign for that device.

The Remix Mini, on the other hand, is a much more affordable device. Backers of the Kickstarter campaign were able to request one for pledges of $20 to $50, depending on the configuration. That price doesn’t include shipping, which adds an extra $15 to $30 to the price.

Still, the Remix Mini offers the cheapest way to try Remix OS (unless you already have a Nexus 9 or Nexus 10 tablet, in which case you can install it as a custom ROM), which might help explain the success of this campaign. 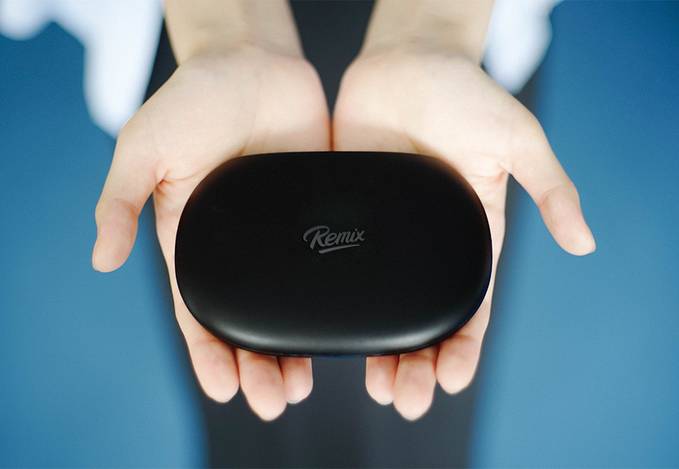 Now that the Kickstarter campaign has ended, Jide is continuing to take reservations for Remix Mini devices at the company’s website.

In other words, all you need to do is plug in a keyboard, mouse, and display to use the Remix Mini like a PC. Then you can fire up a web browser, an Android version of Microsoft Office (or other productivity software), or any other app available from the Google Play Store.

Note that many of those apps are designed for touchscreen displays, but most should also work with keyboard and mouse input. But while Remix OS certainly makes Android feel a bit more like Windows, it’s still just a fancy version of Android. You can’t run Windows apps unless there are Android versions of them available, and while you can resize and reposition some apps, others basically have two modes: full-screen, or smartphone-shaped windows. 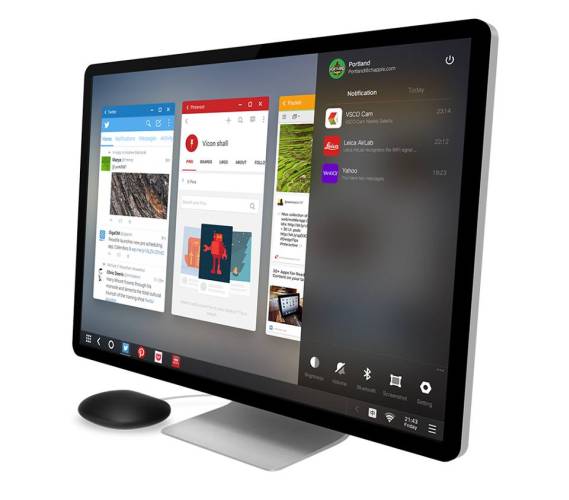