Remix OS is an Android-based operating system that’s designed to make Android feel more like Windows. It has a taskbar, support for viewing multiple apps at the same time, and other enhancements.

The first Remix OS device was the Jide Remix Tablet which launched earlier this year. Now the folks at Jide are making their software available to other device makers… and they’re getting ready to launch their second hardware project.

The Jide Remix Mini is a tiny desktop computer or TV box that will sell for about $30. 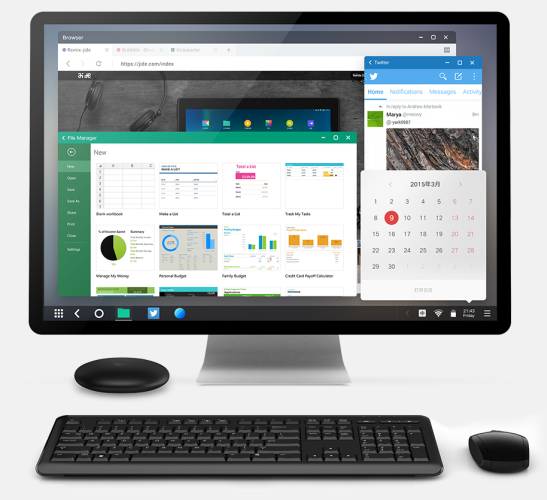 Jide plans to launch a Kickstarter campaign for the Remix mini soon, letting backers reserve one for a pledge of as little as $20 before the device is available at its normal retail price.

At that price you shouldn’t expect spectacular hardware… and you won’t get it. But you will get a device that will let you surf the web, watch videos, play Android games, or run Office software on a TV.

What sets the device apart from all the other TV boxes we’ve seen in recent years is the software. Remix OS lets you run apps in full-screen or phone-sized windows. When you’re using phone mode you can view multiple apps at once or move them around the screen for a Windows-like experience.

Jide is also positioning Remix OS as more of a desktop-style operating system and the Remix Mini as more of a cheap, low-power desktop computer than as a TV box designed for streaming video from YouTube and Netflix (although you can certainly use it as a video streamer).

The operating system also borrows heavily from Microsoft’s Windows 8 “Metro” design when developing its own apps and settings menus. 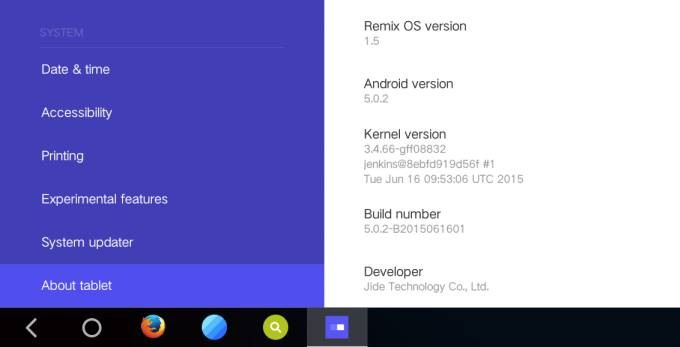 Jide generated a lot of buzz for the Remix tablet by offering high-quality hardware with the promise of a low price: the first 200 people to back the Kickstarter campaign for that tablet were able to reserve one for just $39. But the retail price of the tablet is actually closer to $400.

The Remix Mini seems like an interesting option for folks that want to try Remix OS without spending an arm and a leg.