Smart speakers powered by Amazon Alexa and Google Assistant are so common today that it’s easy to forget that the original Amazon Echo was introduced less than five years ago. At the time voice assistants were, at best, things we used on our phones. But Amazon wasn’t the first company to announce plans for a non-phone device that you could talk to.

Around the same time, a crowdfunding campaign raised more than $3.6 million to develop a “social robot for the home” called Jibo. 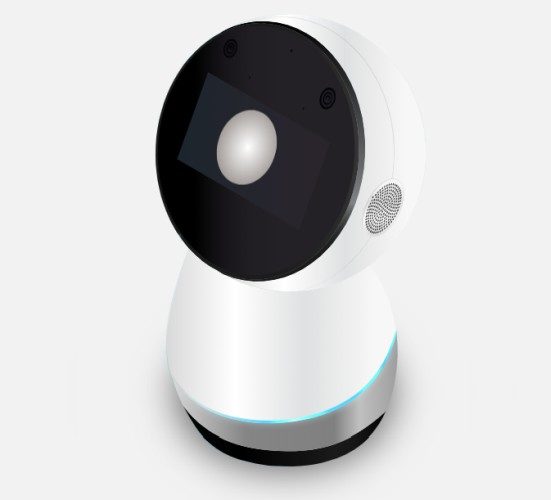 It was a small device with a touchscreen display, the ability to respond to voice commands, and a set of motors that allowed it to swivel and move sort of like Pixar’s anthropomorphic lamp.

It took Jibo three years to finally begin shipping the robot, which sold for $749 during the crowdfunding campaign. It went up for order for the general public in late 2017 for $899… and it was never all that useful compared to an Amazon Echo or Google Home.

The comments section of the Jibo Indiegogo page are a sad place with people noting that while Jibo can turn and look at you and do a little dance, tell a few jokes, offer some fun facts, or perform a few other functions, Jibo never learned to do half the things mentioned in the original crowdfunding campaign.

Now it never will.

The company behind Jibo was sold last year.

The Jibo Twitter feed and Facebook page haven’t been updated since last year, and the company blog seems to be dead.

Now the handful of folks that actually have Jibo robots are reporting that the company’s servers are shutting down — making the devices they paid hundreds of dollars useless (as opposed to just being not very useful).

The servers for Jibo the social robot are apparently shutting down. Multiple owners report that Jibo himself has been delivering the news: “Maybe someday when robots are way more advanced than today, and everyone has them in their homes, you can tell yours that I said hello.” pic.twitter.com/Sns3xAV33h

Jibo itself is communicating the news to users — letting them know a few days ago that the servers would be shutting down soon, limiting the device’s functionality. A follow-up message lets users know that the servers are already off and that means that you can still activate Jibo by saying “hey Jibo,” but without access to the online server, it won’t actually be able to respond to any voice commands anymore.

You will still be able to do some things using the touchscreen. But it’s probably easier to just use a phone or tablet to do those things.

Here you go. This is my video pic.twitter.com/chSFQZeY1v
— Arianna Bledsoe (@AriannaBledsoe) March 4, 2019

I’m tempted to say that this is just another in a long line of crowdfunding fails. But it’s actually more than that — it’s a reminder that a growing number of gadgets are reliant on cloud services to function… and if something happens to those cloud services, the hardware you bought can turn into an overpriced paperweight.

There are alternatives to cloud services — even for things like smart speakers. The folks behind Mycroft, for example, have been developing an open source voice assistant that can process a lot of data on-device without sending it to the cloud first.

Meanwhile, it seems like a pretty safe bet that Amazon, Google, and Apple will continue supporting their voice assistant platforms for years to come — although you never really know with Google. The company does have a habit of killing services that are used by a lot of people if they’re not in line with the company’s vision for the future (or if “a lot” isn’t enough.

Anyway, I guess I feel a little bad for folks who bought into Jibo’s vision for the future… only to end up spending a lot of money on a product that shipped late, had limited functionality when it did, and was effectively put out to pasture not long after.