Jibo is a “social robot” designed to hang out in you house, respond to your voice, and recognize your face so that it can tell you about appointments or incoming messages, tell you stories, snap photos or let you engage in video calls, and much more.

The folks behind Jibo raised 3.7 million dollars for the project through a crowdfunding campaign in 2014, but have yet to deliver the first units to backers of the campaign or other potential customers.

But after several delays, Jibo is now expected to ship in October… and while the $749 robot looked pretty unique in 2014, it could have some pretty serious competition in 2016. 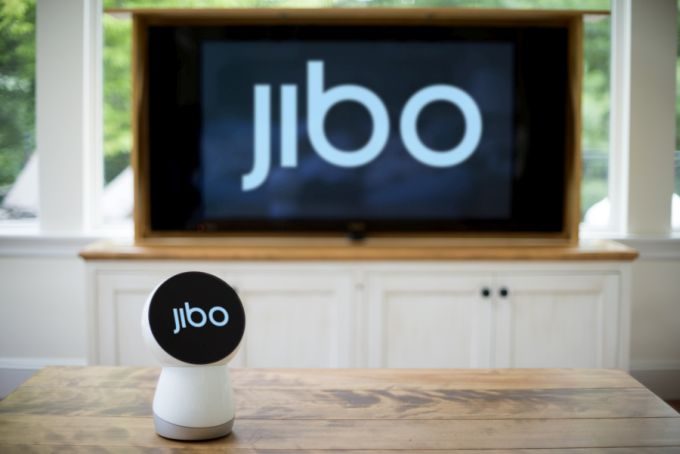 Some of the things Jibo can do include providing weather forecasts, taking photos and posting them to social media, or controlling smart home products (that last one might not be available at launch, but should be possible through future software updates).

Like other voice assistant products such as Siri, Cortana, and Google Voice Search, it can also answer a wide range of questions and respond to many specific questions like “do you dream?” And it uses a range of motions, display elements, and sounds to show “emotions” such as sadness (by kind of looking down and moping), or happiness (by doing a little happy dance and giggling).

The Jibo crowdfunding campaign wrapped up in September, 2014… just a few months before Amazon launched the Echo, the first of its voice-activated products for the home. Echo doesn’t have a camera or display, but it can do many of the things you’d expect from a product like Jibo for a fraction of the price. An Amazon Echo costs $180, and Amazon offers a few lower-priced devices with similar functionality as well.

Or if you want something a little more anthropomorphic, Asus recently unveiled the Zenbo robot, which is also designed to do many of the same things as Jibo, and which is expected to sell for $599 when it launches… although Asus hasn’t yet revealed when that will be.

Zenbo is much more expensive than an Amazon Echo, but cheaper than a Jibo robot, and it has one major feature Jibo lacks: mobility. Jibo is a stationary device meant to be used in one location at a time, while Zenbo can roll around your house, following you from room to room or greeting guests at the door, for example.

via Fudzilla and Robotics Trends