Ever since Apple launched the first iPhone with a 3.5 inch display, smartphone screen sizes have been getting bigger and bigger. But Uniherz figures there’s a market for a small-screen smartphone.

The company has unveiled Jelly, a phone with a 2.45 inch display, Android 7.0 software, and a list price of $109 and up. But the company is taking pre-orders for as little as $59 through a Kickstarter campaign. The Jelly phone is expected to ship in August. 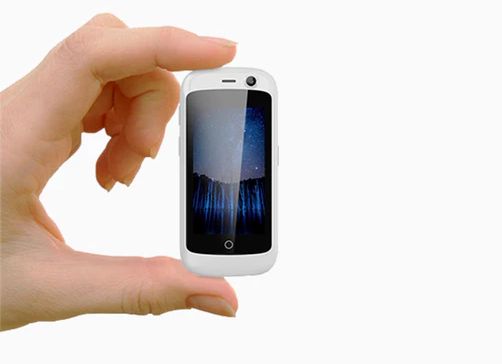 The Jelly Pro will eventually sell for $125, but it’s going for just $75 on Kickstarter.

The Jelly phones have 8MP rear cameras and 2MP front cameras. There’s also a separate microSD card slot for up to 32GB of removable storage.

The phone should work with AT&T or T-Mobile in the US, but not Verizon or Sprint. 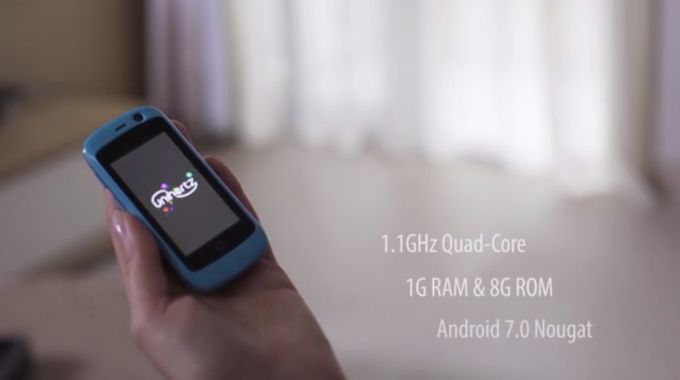 Color options include white, black, and blue. And while the phone’s tiny size and low-res display might make for a less-than-stellar experience for gaming, web browsing, or news reading, there are a few upshots. First, the phone won’t take up much space in your pocket or your bag. It can also fit into an armband more comfortably than some larger phones if you like to take your phone running.

Second, did I mention it’s cheap? And third, the hardware’s not very power hungry: Uniherz says you should be able to get up to 3 days of battery life.

If the phone looks familiar, that’s because it bears a more than passing resemblance to an older model called the Micro X. But Uniherz notes that the new model runs a newer version of Android, has more memory and storage, a bigger battery, higher-resolution cameras, and other upgrades.